India Under-19 World Cup winning captain Prithvi Shaw is not even expecting of getting called-up for the national squad despite getting high praise from legendary Indian cricketer Sunil Gavaskar recently. Earlier, talking to Mumbai Mirror, Gavaskar said: “He (Prithvi Shaw) has certainly done very well. I think he should be on the selection committee’s radar. He could be on the flight to Australia.”

However, Shaw has expressed that the comments of Sunil Gavaskar make him feel proud, but he turned it down. He said that he is not willing to rush himself and consider focusing more on making most of the opportunity that comes his way.

As quoted in ESPN Cricinfo, Prithvi said, “One of my friends sent me a screenshot of that from social media. When I read it, I just thought I am very blessed that Sunil Sir is praising me. I will try to not let him down. I am not thinking of playing for India. You never know. I just have to keep grabbing the opportunities and scoring runs. I should be really focusing on each game and not thinking too far ahead.”

Shaw has been attracting a lot of eyeballs since he started playing for Mumbai in the Ranji Trophy semi-final as a 16-year-old prodigy in the 2016-17 season. Since then, he has played 14 first-class matches, scoring 1,418 runs, including seven centuries and five fifties. Moreover, during India A’s tour of England earlier this year, Shaw was India’s top-scorer with 250 runs, which included a fine 188 against West Indies A and 62 versus England A, in the respective two unofficial four-day games.

Talking about his recent form, the youngster said, “When I got my call-up for Mumbai, for the Ranji Trophy semi-final against Tamil Nadu, I was a bit surprised. About two weeks before that I was in Sri Lanka with the India U-19 team, winning the Asia Cup. I got 120 in the second innings. Again, last season I scored some runs, which came at the back of the century I made in the Duleep Trophy. I am an attacking batsman, but I’ve learned a lot about patience. There are clever bowlers who can pick your weak points, so I have to be a bit patient, play out a spell or two.”

The talented youngster explained that his biggest strength is the selection of his shots as he also stressed on the fact that he understands the importance of being patient, thanks to being coached by Rahul Dravid.

Shaw concluded, “I just try to be as patient as I can be, especially in four-day cricket.  I try to retain my focus when I go in to bat. I try to switch on and off on the field. You cannot be switched on all the time. Dravid Sir keeps things positive during training, during matches. As a player, it gives me the confidence that your coach is backing you.” 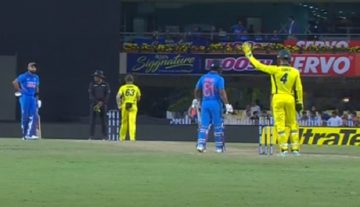