The BCCI CEO Rahul Johri is pretty convinced that the proposed Futures Tours and Programme (FTP) will give “meaningful context” to bilateral T20Is.

Johri presented a proposed FTP that has 81 international matches at home in the next five-year cycle, including 27 T20Is.

India will play 53 T20Is in this period out of which 26 will be played away from home. Talking about the same, as quoted in PTI, Rahul said, “We discussed with everybody and the feedback that we got was that one-off T20 means nothing. If there is a contest, there has to be context. And that is why, having meaningful T20 International contests is an approach that we have taken.”

His team has worked for months on the remodeled  FTP, which requires an ICC approval. With India’s profitable home TV broadcast rights deal set to come up in March 2018, the CEO is assured of a surprise like the IPL where Star India bought the rights for 16,347 crores. He said, “We have put together a balanced FTP which gives enough meaningful content to any potential broadcaster. Just like we had seen a tremendous amount of interest in IPL media rights, we expect to see the same. The whole planning and everything that has taken place, we have done it keeping broadcast opportunities in mind.”

According to the proposed FTP, Team India will play 37 Tests with 19 at home and 18 away. Explaining teh same, Johri said, “The BCCI has always been clear and committed to playing meaningful Test cricket and continue to do so. Almost half our matches are with England, South Africa and Australia. We will play everyone though. The FTP we have chalked up has enough home and away cricket.”

Former Indian skipper Sourav Ganguly has said that Day/Night Test matches are the future of Test cricket. When asked about the same, BCCI CEO replied, “My job is to execute and provide the best value to the stakeholders. This is a cricketing decision and BCCI’s general body prerogative. They will direct and accordingly, we will execute.”

While some of the BCCI officials have had reservations about his style of working, Johri said, “Last 18 months have been very interesting. Of course, there have been challenges. I have a very good working relationship with everybody.” 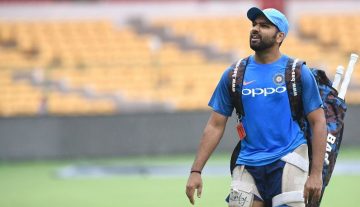 News
By CricShots - Jun 19, 2018
BCCI Planning To Amend Clauses of The Yo-Yo Test