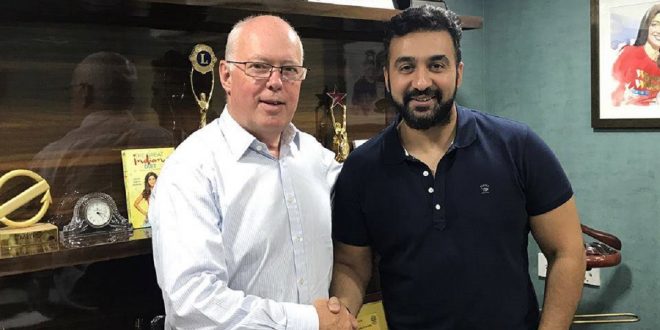 On Tuesday, former co-owner of the IPL franchise Rajasthan Royals Raj Kundra launched his new sports venture and coincidentally it shares its acronym with the IPL. The latest project, the Indian Poker League (IPL) has been launched in order to remove the prohibition of gambling in India.

Speaking at the launch event in Mumbai, Kundra said, “I’m back! I just couldn’t keep myself away from the event.”

In 2013, Kundra had been banned from the Indian Premier League as he was alleged for involvement in betting and the charges were proven to be true later. The investors involved in the brand new league have clearly stated that they want to remove the humiliation around gambling.

Kundra also acknowledged that the poker league has nothing to do with gambling and went on to proclaim that this will provide India a great opportunity to make it big on the global poker scene. The winning team of the IPL will definitely get a chance to represent India at the Poker World Cup.

Surprisingly, the International Federation of Poker (IFP) has slotted a spot for Team India for the Nations Cup to be held in December in Oxford, England. IPL will be a two-day event and it is expected to take place in October, in Mumbai.