The veteran CSK all-rounder, Ravindra Jadeja was at is very best on Thursday, October 29 against the Kolkata Knight Riders (KKR). Though CSK is already out of contention to reach the playoffs in IPL 2020, they haven’t been down on spirit by any means. And it was Jadeja, who helped them to register their fifth win this season at the Dubai International Cricket Stadium. Chasing 173, the Yellow Army was cruising towards the in when Ruturaj Gaikwad and Ambati Rayudu were playing.

However, after the dismissal of both the batsmen, the Super Kings kept digging a hole for themselves. In the last nine balls, CSK needed as many as 27 runs to get over the finishing line. But then, Jadeja smashed Lockie Ferguson for 20 runs. In the last over, CSK needed 10 runs to win, and Kamlesh Nagarkoti gave away only three runs off the first four balls. Thereafter, Jadeja smashed a couple of sixes again in order to take his team over the line.

Jadeja finished things off in a grand way and CSK’s win meant that KKR’s fate isn’t in their own hands anymore as they are placed at the fifth spot in the points table. In the meantime, Rajasthan Royals (RR) thanked Jadeja for playing the match-winning hand.

The Royals took to Twitter and wrote, “Once a Royal, always a Royal.” Jadeja made his IPL debut for RR after his brilliant performance in the 2008 U19 World Cup. It was the same WC where Virat Kohli led the junior’s team. KKR’s loss meant that the Royals are still in with a chance of making the IPL 2020 playoffs.

Jadeja then moved to the now-defunct Kochi Tuskers Kerala. In the 2012 IPL player auction, CSK secured his services. He was brought for INR 9.72 crores after a tie-breaker with another defunct team Deccan Chargers. From there on until now, Jadeja has emerged as a crucial cog for the team. 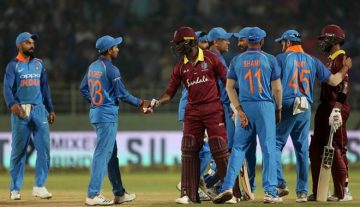