Afghanistan lost to Pakistan and Sri Lanka in the Super 4 stage of the 2022 Asia Cup and they were knocked out of the tournament as well. However, things were tough for them after it as Rashid Khan had to take to Twitter even after leaving the United Arab Emirates after September 8’s game against India as well which is more than 40 hours ago. But, team Afghanistan did not reach home and got stuck at an airport. 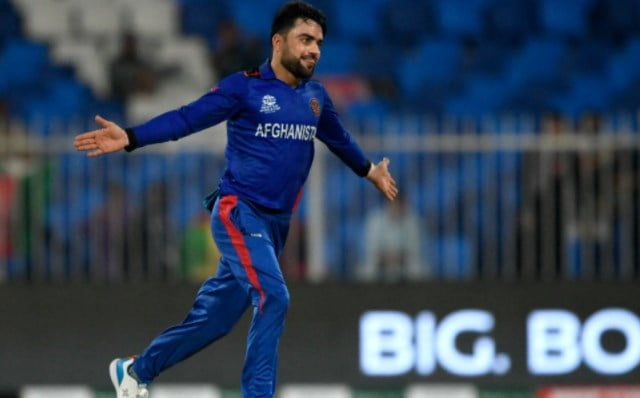 However, the players of Afghanistan departed for the United Kingdom (England) after losing to India in their last 2022 Asia Cup game and reached there on time as well. But, they had a horrible experience at the London (Heathrow) airport. The team and support staff of the Afghanistan team were made to wait in a queue for more than 4 hours there and Rashid Khan shared it on Twitter and he asked for help as well.

Rashid Khan tweeted, “We have all been queuing for the last 4 hours. Only two person at the immigration desk for 2 airlines! Heathrow plz allocate more staff! We are still only half way! @HeathrowAirport”.

We have all been queuing for the last 4 hours. Only two person at the immigration desk for 2 airlines! Heathrow plz allocate more staff! We are still only half way! @HeathrowAirport

However, Rashid Khan and the team then had to take another flight from London to Afghanistan and at the time Rashid Khan shared the tweet for help discussing the poor situation.

However, after their loss to India in the final game, Mohammad Nabi said: “It was really tough to play Pakistan the other night, tight game and straightaway next game is against India, totally tough. We weren’t mentally prepared for that game. We tried our best to prepare but the boys were not ready mentally. Today we tried our best, with the way KL Rahul and Kohli started, we dropped catches also and in the batting we didn’t expect that much swing. As a captain with the way we started the tournament was on a high morale, we didn’t finish well but we played well.”