Stanikzai is expected to return after missing a couple of encounters. Rashid, after being appointed as Stanikzai’s successor tentatively, said, “It feels good to see that Afghanistan is a favorite to qualify. I think we should show it on the ground, it’s not only on paper that we should look good.”

He further elaborated, “We should give 100 percent on the ground and deliver. We should take one by one – each game, not worry about qualifying for the final. We should finish the table having four points, it will be very handy in the next round. We have to take every match seriously. We have to play good cricket against every team. Hopefully, it will go well and we will get four points and go to the next round.”

On the other hand, West Indies skipper Jason Holder is looking forward to his team doing well in the upcoming ICC World Cup qualifiers while Afghanistan skipper Rashid Khan is happy to live with tournament favourites billing. Call it humor, but West Indies, the two-time World Champions (1975 and 1979) are going through their lowest phase as they are playing qualifiers with associate members in order to get a slot in the 2019 World Cup in England.

In the ICC press release, Holder said, “We know what is at stake. It is an opportunity for us to grab some momentum heading into next year s World Cup, get some games under our belt, just finalize some combinations, get things straightened, and hopefully turn our cricket in terms of the ODI format.”

Holder hailed veterans like Chris Gayle and Marlon Samuels for making themselves available for the Qualifiers. He said, ”I must commend Chris and Marlon, who have come here without motivation to do well for the Windies and give themselves a chance to play another World Cup. As I said to the group, it may be an opportunity for guys to finish their careers well, it’s also an opportunity for guys to make a spark in their careers by playing in the World Cup.” 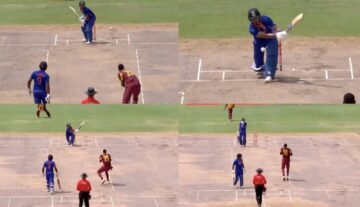