The fiery Indian fast bowler, Jasprit Bumrah showed his class once again when he dismissed South Africa’s Rassie van der Dussen to end a stubborn partnership in the second innings of the hosts of the Centurion Test after a brilliant setup. The pacer had suffered an injury sprain in the first innings, but India’s physio Nitin Patel made sure Bumrah came back with vigor to pick two wickets for 16 runs as South Africa was bowled out for 197 runs with Mohammed Shami taking 5/44, giving India a healthy lead of 130 runs.

India, in the second innings, didn’t have a great time with the bat as they were bundled out for 174 runs with Rishabh Pant top-scoring with 34 runs, while Ajinkya Rahane made 20 and KL Rahul made 23 runs. However, these runs were enough to set a daunting target of 305 runs to chase.

Mohammed Shami then gave India the perfect start by dismissing Aiden Markram in his first over itself. However, captain Dean Elgar and Keegan Petersen tried to steady the ship a bit before Mohammed Siraj got a crucial wicket of Petersen when he had him caught behind by Rishabh Pant.

Jasprit Bumrah cleverly began to set up Van der Dussen as he kept bowling length balls at him which were going away from the batter. However, he suddenly went wide of the crease and hit the same length, but the ball came in sharply, and though Rassie van der Dussen covered the length, he missed the line and the ball hit the top of the off-stump, ending his vigil at the crease.

Here is the video of the brilliant delivery of Jasprit Bumrah to Rassie van der Dussen:

What a beauty by Jassi…Bumrah……🔥🔥🔥
Rassie van der
👇👇#SAvIND pic.twitter.com/I8zRYylfec 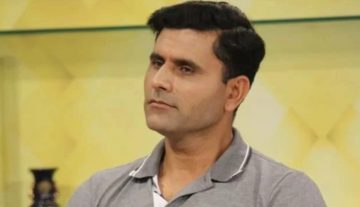