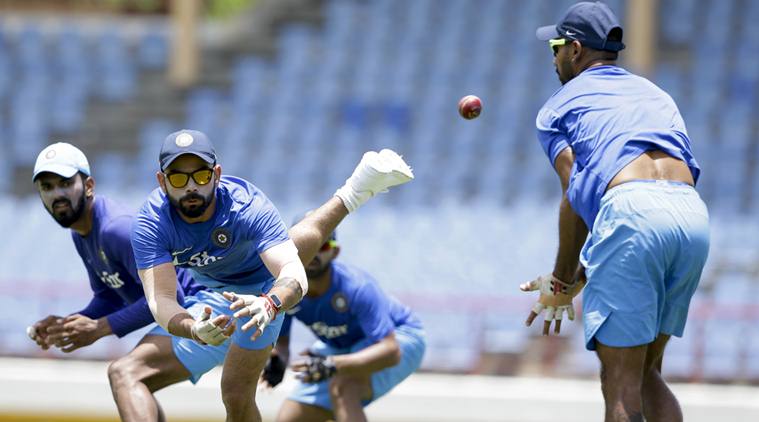 The new Indian team coach voiced that he wants the men in blue to be the best fielding side in the  World Cup 2019.

Ravi Shastri has been the newly appointed Indian team coach after a whole lot of drama surrounding the exit of Anil Kumble and his rifts with the players and the Indian skipper. While the team traveled to West Indies without a head coach, Shastri was a part of the team with a 3-0 Test series win in Sri Lanka.

With BCCI officials making it clear that fitness will be the main parameter for team selection in the upcoming World Cup, Shastri to confirmed his thoughts on the matter.

“A disciplined approach is what counts. Look at this series. Barring the two no-balls in the second Test from Hardik and one in the third game from Mohammed Shami, we’ve not faltered. How many catches did we drop? Two? Going forward, that is what we need to avoid altogether,” he said “When the time comes for India to field a side for the 2019 50-over World Cup, we should have the best fielding XI in the world walking out. Only the fittest of the lot will survive and thrive going forward and that’s right up there in the list of priorities.”

He is also confident of his return back to the team services after being a team director once. “The trust is there. I can’t speak of the time when I wasn’t around, but what I can say with a sense of absolute belief is that nothing has changed between how things were during my last stint and now,” he said.

Shastri expects better performances during overseas tours with finally the players contributing their part in the matches. The lower middle order too delivered when required.

“To be honest, with a batting unit like this one, the last thing you’d do is lose sleep. The core is such a good one and I’m glad the way Shikhar [Dhawan] is timing the ball. He’s got two big hundreds that have put him in the frame of mind that he loves to be in,” Shastri told a leading newspaper.