The veteran Indian spinner, Ravichandran Ashwin will have a chance of breaking some records in the upcoming Test series in South Africa. He made his Test debut in 2011 against West Indies and he has already taken 30 five-wicket hauls in his Test career along with 7 ten-wicket hauls in a Test. Ashwin has a better bowling average than most of the bowlers above him in the highest wicket-taker lists. He is the fastest Indian bowler to reach the 400-wicket mark in Tests has been a nightmare for a lot of batters around the world.

Ravichandran Ashwin has the chance to surpass the tally of Dale Steyn in the all-time highest wicket-takers list. However, he needs to scalp 12 wickets in the upcoming three-Test series against South Africa. Mohammed Shami will be returning to the Test squad after being rested during the home series against New Zealand.

Shami, one of the most lethal pacers, will be looking to add another record in his already decorated cap. He just needs 5 more wickets away from completing 200 Test wickets. Shami will become only the fifth Indian fast bowler to surpass the milestone after Kapil, Zaheer Khan, Ishant Sharma, and Javagal Srinath.

Mohamed Shami is also eighth wickets away from registering 100 Test wickets under the captaincy of Virat Kohli. The upcoming Test and ODI series between South Africa and India will not be witnessing any fans at the venues, as Cricket South Africa decided not to sell any tickets due to the Covid-19 scare in the country.

India and South Africa are going to lock horns in a series of 3 Tests and 3 ODIs from December 26. The red-ball matches will be played at Centurion, Cape Town, and Johannesburg, while Paarl and Cape Town will host the 50-over matches from January 19. 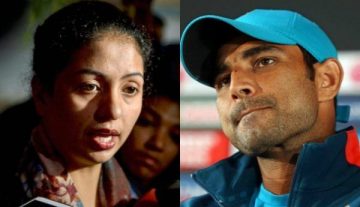