Team India’s first ODI of 2020 has not panned out to be one of the worst as they were bundled out for a meager total of 255 in the ongoing game against Australia at the Wankhede Stadium in Mumbai. And when the Men in Blue came out to the field, an unusual sight was witnessed as instead of Rishabh Pant, KL Rahul was seen donning the wicketkeeping gloves.

At first, it looked like, the team management was trying out Rahul as the wicketkeeper after Pant’s consistent failures. Last month, the Indian head coach Ravi Shastri had said that Rahul can be a wicketkeeper was an option and thus it looked like the team-management was experimenting with the move. However, Pant wasn’t been seen on the ground as well before the BCCI gave an update on him. The Indian cricket board released a statement, stating that Rishabh Pant has suffered a concussion and thus KL Rahul was keeping the wickets.

Taking to Twitter, BCCI informed, “Rishabh Pant has got a concussion after being hit on his helmet while batting. KL Rahul is keeping wickets in his absence. Pant is under observation at the moment.”

Update: Rishabh Pant has got a concussion after being hit on his helmet while batting. KL Rahul is keeping wickets in his absence. Pant is under observation at the moment. #TeamIndia #INDvAUS pic.twitter.com/JkVElMacQc

Pant suffered the injury while he was batting as he was hit on the helmet when he top-edged a delivery from Pat Cummins to be caught for 28 earlier in the match. Meanwhile, the men in blue were bundled out for 255 after a poor display from the middle-order. Asked to bat first, India were off to a poor start as Rohit Sharma departed cheaply.

WATCH – Pat Cummins Gets An Unforgettable Gift From A Fan

However, Shikhar Dhawan (74) and KL Rahul (47) steadied the ship and set the platform for a big total by adding 121 runs. But once Dhawan and Rahul departed in a space of six runs, India kept losing wickets at regular intervals and was all out for a below-par total. 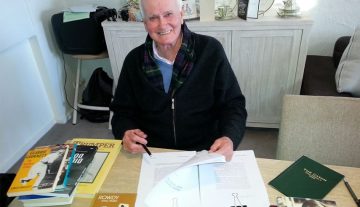