Nairobi, Retired Kenya international cricketers have pledged to spearhead the restoration of the game in the East African nation. The players, who turned out for the country between the 1960s and 1990s, on Sunday re-united at the Nairobi Gymkhana, where most of them played international matches, and outlined that the onus of restoring the game to its former glory rested with them, reports Xinhua news agency.

“In 1992, Kenya was ranked 24th in the world. After 1996, the country was acknowledged as the greatest emerging cricket country in the world especially after we beat the mighty West Indies at the Cricket World Cup the same year,” Jimmy Rayani who rose to head the game in 1994 told Xinhua news agency.

It was during Rayani’s tenure of office as chairman of the Kenya Cricket Association that the national team reached the semi-finals of the 2003 World Cup, which India won by 91 runs.

“All the outstanding proposals I lined up to propel the game to the next level, specifically after Kenya’s awesome performance in 2003, were shelved when the new administration took over,” Rayani lamented.

The reunion, which was also patronized by present cricketers, officials, umpires and well-wishers from the local cricket fraternity, was the first-ever function organized to create harmony and goodwill in the sport and to chart the way forward.

During the occasion, the over 220 members present, undertook to invest their personal resources and time in order to turn the sport around.

Aasif Karim, former national cricket captain, said cricket leadership should be left to sincere individuals who are not out to use the sport for personal gain but to serve, adding that Rashid Echesa, Sports cabinet secretary must give a clear direction where cricket ought to go.

David Waters, chairman of the national selection committee, called for a reduction in the number of teams that participate in the national league in order to make it more competitive.

“The domestic league is pathetic. The number of teams that play in the national league should be reduced from the current 12 to eight for the purpose of quality. It was a blunder to introduce cricket in primary schools and not in secondary institutions because the players fizzle out after completing primary learning, thereby creating a lacuna,” Waters recommended.

Waters said the cricket family needs to support the interim committee appointed by the sports minister to oversee reforms at the association after dissolving Cricket Kenya, in order for it to succeed.

The government dissolved the governing body of the sport on April 1 and appointed a nine-man provisional committee to draft a new constitution after holding elections within three months, and overseeing the registration of Cricket Kenya and supervising constitutional reforms after a section of stakeholders petitioned the minister. 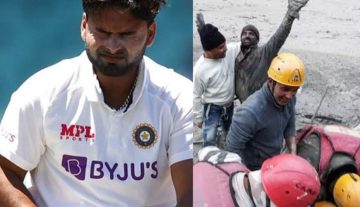