Despite two early hiccups for South Africa, they have chased down the target set by Indian batsmen easily by six wickets with eight balls to spare. The victory has tied the scoreline on one all and the series finale will be played on February 24 in Cape Town’s Newlands Ground. 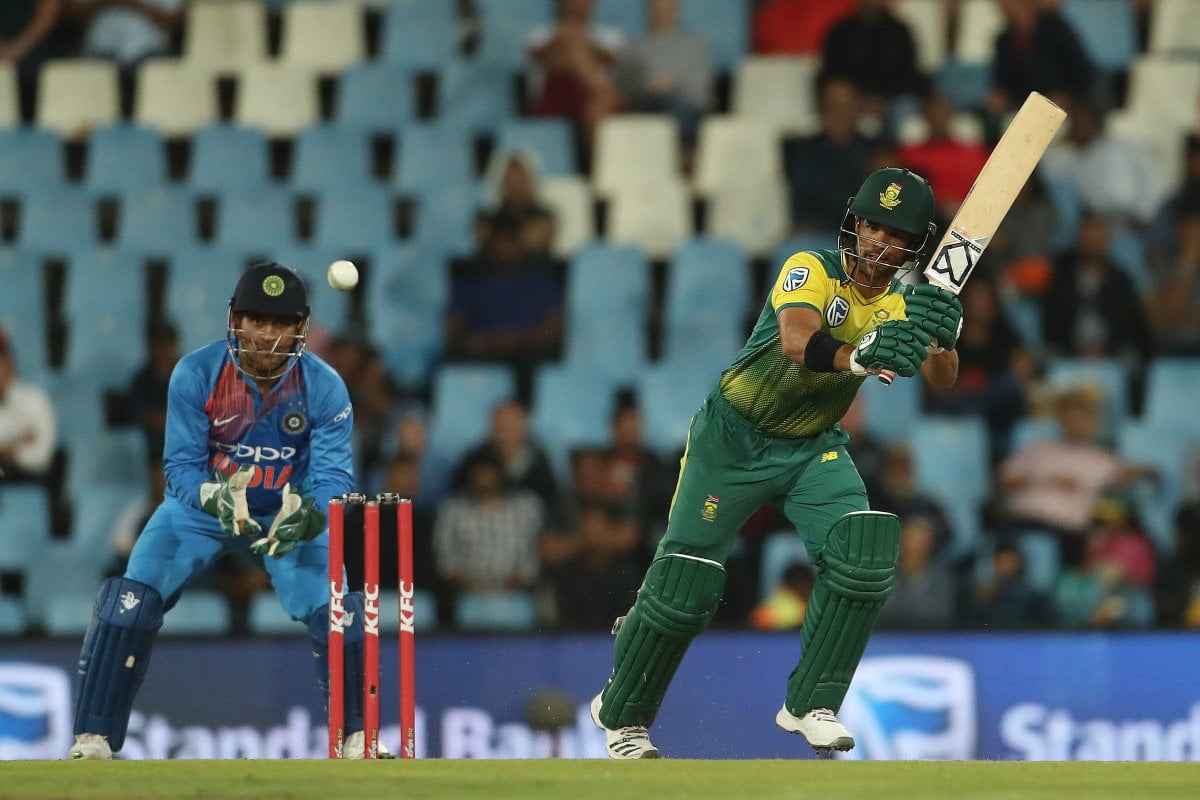 Indian bowlers were not very disciplined until JJ Smuts threw his wicket away to Jaydev Unadkat. Reeza Hendricks, the top scorer of Johannesburg, failed to convert his start into a big score. So far fast bowlers were very constant with their line and lengths to pull the things back.

Outcomes Heinrich Klaasen and set the stage ablaze with some glorious hitting. He took Indian bowlers for cleaners and unfolded the mystery of leg-spinner Yuzvendra Chahal, who conceded the worst T20I figures by an Indian bowler with none for 64.

He hit seven sixes during his match-changing innings out of which five came off Chahal. Man of the match Klaasen returned to the pavilion after scoring a 30-ball 69 runs but put his team way ahead in the chase.

JP Duminy was holding one end very tight since his arrival on the crease and scored his 9th T20I fifty. He finished the innings with two towering sixes off Unadkat and remained unbeaten on 64 in 40 balls.

Earlier, Team India got off to a bad start, unlike Johannesburg where they scored some quick runs. Rohit Sharma, Shikhar Dhawan and Virat Kohli – all got out cheaply to leave the innings in the find of oxygen.

Manish Pandey was the star of the night along with MS Dhoni, who came to bat after Raina’s wicket. Both shared an unbeaten 98-run stand for the fifth wicket. While Pandey remained unbeaten on 79 (48), Dhoni showed his older and bolder version for his unbeaten 52 (28) at the end of the innings.

India managed 188/4 at the end of their innings and left South Africa with a big chase to make, which they did quite comfortably.

Both teams will now travel Cape Town where this long tour started in the first week of January. The final game of this tour will be played on February 24 at the Newlands.