The young Indian wicket-keeper batsman, Rishabh Pant has finally got his form back and the testimony of the same came when he played his career-best 71 in the first ODI against West Indies on Sunday. Pant hit his maiden fifty in ODIs but his quickfire knock went in vain as India lost the match by 8 wickets in Chennai to go down 0-1 in the three-ODI series.

Pant’s knock helped the Indian team to reach the total of 288/8 in 50 overs after they were put in to bat on the slow surface at the MA Chidambaram Stadium at Chepauk. Pant stitched a 114-run partnership with Shreyas Iyer, who scored 70, to help India recover from the early wickets of KL Rahul, Virat Kohli, and Rohit Sharma.

Rishabh has faced some serious criticism after a string of failures this year but he turned the boos into cheers thanks to his mature innings on Sunday. Fans even got behind the young wicketkeeper and started chanting his name on a ground which is considered to be Chennai Super Kings captain MS Dhoni’s spiritual home.

Finally Everyone is shouting Rishabh Pant instead of Dhoni. #KnowledgeableChennaiCrowd pic.twitter.com/mCHLrQzotB

Pant took notice of that and acknowledged the support from the fans during the post-match press conference. He said, “Sometimes it is important when crowd supports you because as an individual I was thinking of scoring big runs but I was not getting there. As a team point of view, whatever I can do to help my team win and to have a good score on the scoreboard that’s what I was focusing and in the end I got some runs.”

He further added, “Personally, if I play for India every inning is important for me. As a youngster, I just want to learn and improve myself each and every day of cricket I’m playing. When I was batting with Iyer and our motive was to build a partnership and to take the game to 35-40 overs. As long the partnership will last we will capitalize it more in the end.”

Pant controlled his natural instincts by seeing off the initial tough phase when he came to the crease at 80 for 3 in the 19th over. He started attacking the Windies bowlers and eventually ended up with a strike rate of over 102 thanks to the 7 boundaries and a six he hit during his 69-ball inning.

Talking about his knock, the youngster said, “I’ve realized after playing a fair bit at international level that unlike at amateur levels of cricket, there isn’t anything like a natural game. At the international level, you have to play according to the situation or what the team demands. You can only be good if you bat according to the situation. I’m only focusing on what I can do whatever team management decides is good for the team.” 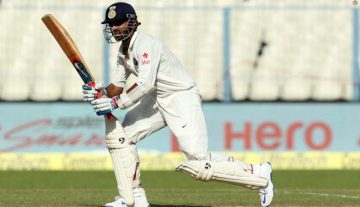