The young Delhi Capitals (DC) wicket-keeper batsman Rishabh Pant has suffered a Grade 1 hamstring tear and the recent reports of ANI suggest that he will be missing more than a couple of matches. He suffered the injury during DC’s win over Rajasthan Royals (RR) in Sharjah on October 9.

As per the quotes in ANI, one of the officials of DC said, “He has a Grade 1 tear and it is not just a hamstring pull as was believed to be. He is under observation and we hope he gets fit quickly.”

ALSO READ: Chris Gayle WIll Be Playing in First Game Of IPL 2020 Against RCB?

After the game against RR, DC captain Shreyas Iyer said the team doctor had advised at least one week’s rest for Pant. In Pant’s absence, Delhi had to make some changes in their team combination as they brought Alex Carey as the wicketkeeper and thus dropping Shimron Hetmyer. Ajinkya Rahane batted at No. 3 with a batting slot opening up.

With the lack of power hitters in the middle order, Delhi managed only 162 for 4 in their 20 overs with Shikhar Dhawan making a relatively slow half-century (69 off 52). MI ended up winning by five wickets.

Earlier, Delhi Capitals had written to the IPL Governing Council, asking for a player replacement for Ishant Sharma. The India pacer has so far played just one game for the franchise against Sunrisers Hyderabad (SRH) in this edition.

Delhi had earlier lost Amit Mishra to a finger injury. 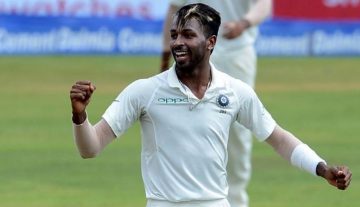