Over the last couple of years, the young Indian wicket-keeper batsman, Rishabh Pant has been well-known as a big-hitting wicket-keeper batsman mainly due to his exploits in the Indian Premier League (IPL). It led to perceptions that he was suited for limited-overs cricket, although Pant scored consistently even in Ranji Trophy and for India A as well.

However, in recent times, perceptions have started changing since Pant started playing well in his Test career. He earned a call-up for India’s tour of England and even scored a century in the last Test of the series. He also has two fifties from his five Tests and is likely to be the first-choice keeper for the tour of Australia.

Talking about the perceptions, Rishabh said he wasn’t worried about perceptions and stressed he was only focusing on improving his skills. As quoted in Times of India, he said, “That I could play red-ball cricket was important too. My childhood coach Tarak Sinha always maintained that he would not consider me an international player unless I played Test cricket. To do it in England against such an attack was very important for me. If people tag me, it doesn’t mean I have to change. I improve in my own way and always focus on that. There were no spots on the team earlier. The moment there was a vacancy, I ensured I was performing.”

Pant’s journey so far in Test cricket also earned him a place in the ODI squad for the home series against Windies. He was left out after three ODIs, but got into the T20I squad ahead of MS Dhoni, who was dropped from the format for the matches against Windies and Australia.

Rishabh Pant also revealed that he is well aware of the pressure from social media, he said, “I am not here to compete with anyone. For me, this phase is all about learning. I keep going up to Mahi bhai and pick up things. Social media is a part of everyone’s life. You can’t ignore it. But I have learned to keep off-field hype back in my room. And it doesn’t matter if you have played 500 international matches, you are bound to be nervous when you take the field and I believe that’s a good thing.”

Pant also said the confidence from the team management – particularly from the skipper Virat Kohli and head coach Ravi Shastri – helped him.

The young wicket-keeper batsman said, “Virat bhaiya told me that playing 50 matches doesn’t mean you are experienced. A person with three-four games can be equally experienced if he picks up from others’ mistakes. Ravi sir (coach Shastri) is constantly in touch over the phone. He keeps talking to me about the conditions and how cricket is played in Australia. Rohit (Sharma) bhaiya has told me to give myself some time to settle and then play my game. Mentally, I am already there.” 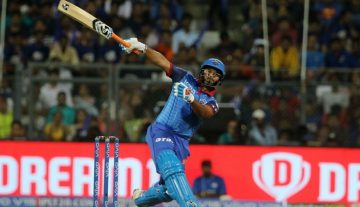