Two of the biggest names in world cricket, the batting legends, Sachin Tendulkar and Brian Lara, will once again be up against each other for a noble cause. The two champions will be facing each other in the opening game of the ‘Unacademy Road Safety World Series’, a T20 tournament, when India Legends will be locking horns with the  West Indies Legends at Wankhede Stadium in Mumbai on March 7.

As per the series schedule released on Thursday, a total of 11 matches will be played in the tournament.

Under the leadership of Tendulkar, India Legends will play against Sri Lanka Legends at D Y Patil on March 10. Former India captain Sunil Gavaskar is the commissioner of the series and the games will commence at 7 pm.

Tickets to the matches will go live exclusively on BookMyShow from Friday (February 14) 6 pm onwards. Prices of tickets range from ₹50 to ₹500 giving fans a chance to catch their favorite players and team live in action. Part of the proceeds from ticket sales will be utilized towards creating awareness of road safety in the country. 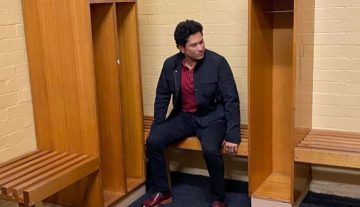 News
By CricShots - Feb 7, 2020
Sachin Tendulkar Picks The Australian Batsman Who Resembles Him