Due to the very short gap between the closing of IPL 2019 and the opening game of 2019 ICC Cricket World Cup, Indian captain Virat Kohli has recently suggested resting the national team’s pacers from the next IPL to remain fresh and fit for the upcoming World Cup. However, India’s limited-overs vice-captain Rohit Sharma hasn’t welcomed that suggestion.

The top Indian pacers Bhuvneshwar Kumar, Jasprit Bumrah, Mohammed Shami etc. have recently suffered some injury scares & fitness issues and that’s why the Indian team management has brought the rotation policy at present, especially for the pacers, to provide them proper rest.

Recently, the 27-year-old right-arm pacer Shardul Thakur’s fitness issues have made more serious to the Indian team management. In the middle of the 2018 Asia Cup in UAE in this September, Thakur had been ruled out due to the right hip and groin soreness.

However, he returned to the international cricket in less than one month later as he recently made his Test debut in last October during the first Test against Windies at Hyderabad. However, it was a horrific debut for him as he only managed to bowl 10 balls before suffering from the same groin strain in his leg and later he was ruled out from the series.

Observing the present fitness conditions of the Indian pacers, Indian skipper Virat Kohli has recently suggested resting the main Indian pacers from IPL 2019 to remain them fresh and fit for the 2019 ICC Cricket World Cup in England.

Also read: Virat Kohli replies to his trollers on his hard-hitting response on a Twitter message

However, the Indian limited-overs deputy captain Rohit Sharma has disagreed on this suggestion as he has felt that his IPL team Mumbai Indians, where Rohit Sharma is playing as captain, can’t afford to lose their main pacer Jasprit Bumrah in the IPL 2019 playoffs.

A senior official told PTI, “When Kohli mooted the idea, CoA chief Vinod Rai asked Rohit about his take. Rohit apparently said, ‘If Mumbai Indians reach Play Offs or finals and if Bumrah happens to be fit, then I cannot afford to rest him’.” 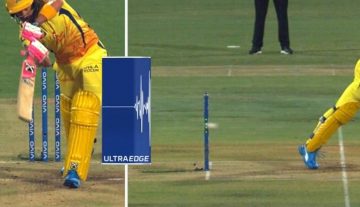