The much-awaited 12 edition of the ICC Cricket World Cup is going to commence next year which is scheduled to be hosted by England and Wales from 30 May to 14 July 2019. Since the World Cup is scheduled to begin just 10 days after the conclusion of the Indian Premier League’s 12th installment, Team India skipper Virat Kohli has urged his crucial players to skip the T20 tournament. According to a latest reports in the Indian Express, Kohli wants his fast-bowlers well-rested and fit for the cricketing extravaganza.

In a meeting with the Supreme Court-appointed Committee of Administrators (COA), Virat gave a suggestion that the key pacers like Jasprit Bumrah and Bhuvneshwar Kumar and others who are in contention for World Cup should be rested for IPL 2019. The final decision has been taken on this request.

There has also been a suggestion from the team management that The Board Of Control For Cricket In India (BCCI) should compensate the players who would miss the IPL. One suggestion was also there, that these players can either play the first or second half of the IPL so that they get enough rest.

The discussion over the pacers took place during a review meeting called by CoA after the horrifying English tour. It was attended by Kohli, Ajinkya Rahane, Rohit Sharma, coach Ravi Shastri and chairman of selectors M S K Prasad. The unprecedented request could become a problem for franchises like Mumbai Indians. If Kohli’s suggestion is accepted, MI might end up losing the services of Jasprit Bumrah and Hardik Pandya.

Vinod Rai headed CoA had a consultation with the IPL chief operating officer Hemang Amin on whether such a decision could be taken and Amin advised that the franchises need to be informed about the same well ahead or at least before the window for player transfers, which closes on November 15.

Players from England and Australia will be playing only till April 30 this IPL as their boards will be calling them for World Cup preparatory camps. 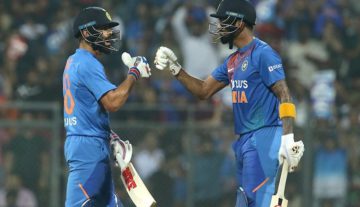