Though Team India was one of the last to adopt the shortest format of the game in international cricket, playing its first match in 2006 under the captaincy of Virender Sehwag; it made immediate impact by winning the inaugural World T20 in 2007 which was held in South Africa, setting a revolution in the country which gave birth to the Indian Premier League (IPL) a year later.

Since then Team India reached the final of the tournament only in 2014 and in semi-finals in 2016. This year 2020 will also see a T20 World Cup will be played in Australia and the men in blue can be termed is considered to be one of the favorites to win the title, despite being ranked fifth in the official ICC rankings and the majority of their success rests on the starts given by their star opener Rohit Sharma.

Rohit has the most tons in T20Is and is the second-highest run-scorer as well, along with the joint-fastest century. He is considered to be one of the greatest openers in the T20 format where he reigns at the top with four centuries to his name.

Sharma’s limited-overs record in Australia is wonderful and is looking forward to playing the mega ICC event down under, which India is yet to win one more time.

As per the quotes in Hindustan Times, Rohit said, “It is a long way from the World Cup. We are preparing for that, (and) a lot of guys are getting ready for that. (It) means there are a lot of spots we need to fill. It is a work in progress. Anyway, the 15-20 guys we have are all really good and have performed really well and are very confident. It is just about doing what we need to do in Australia and then try and win that World Cup.”

ALSO READ: Aaron Finch Sure About His Game-plan For The ODI Series Against India

Sharma has been one of the best batsmen in recent times across the formats and had a brilliant 2019 where he scored five tons in the ICC World Cup in England and made more than 2400 runs in all formats as an opener. He played a crucial role for India with not only the bat but in a leadership position as well. 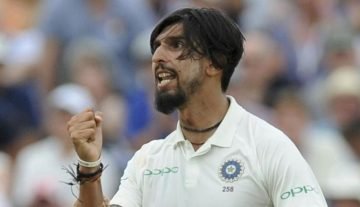