Despite the fact that the Indian opener, Rohit Sharma failed to do much for his team in the first two T20Is against New Zealand, but make it up with a big knock in the third T20I of the five-match T20I series at the Seddon Park in Hamilton. However, the Hitman was up for the challenge and came out all guns blazing from ball one in the third T20I in Hamilton on Wednesday

Rohit changed his footwork and adapted a more positive intent against the likes of Tim Southee, Hamish Bennett, and Scott Kuggeleijn to take India to a flying start in Hamilton. While India lost KL Rahul (27) in the process at the other end, Rohit went on to surpass a staggering record by becoming only the fourth Indian opener with 10,000-plus runs in international cricket at the top of the batting order.

ALSO READ: Twitterati Applauds As Rohit Sharma Smashed 26 Runs In An Over

Since escalating his value to several levels higher after being promoted as an opener in 2013, Rohit now joined the likes of Sachin Tendulkar, Virender Sehwag and Sunil Gavaskar in an elite list.

Indian openers with 10,000-plus international runs:

Before perishing for a well-made 65, off a knuckle-ball from Bennett, Rohit also slammed his joint-second fastest fifty in the shortest format.

ALSO READ: Netizens Went Berserk As India Won A Humdinger In The Super Over 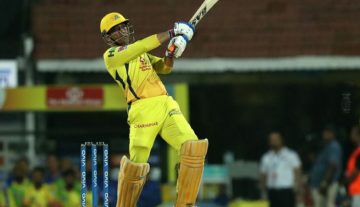