The Indian deputy skipper in ODIs and T20Is, Rohit Sharma has gone on to reveal that his first earning from cricket was a cash prize of ₹50 which he won after playing a local match near his society. He also revealed that he spent the entire cash eating roadside Vada Pav with his friends.

Sharma explained, “My first paycheque was not a paycheque, it was cash which I won while playing a match near my society, it was Rs 50 and obviously, it was spent by eating roadside Vada Pav with my friends.”

Q: #askRo How much was your first paycheck worth and at what age did you get it? How did you spend it, with friends or family?
– @dhruvy21

The Mumbai Indians captain was hosting a Twitter Question and Answer session on Sunday when asked about the number of times spinner Yuzvendra Chahal calls him in a day, Rohit replied that they don’t talk on the phone. He said, “No Chahal doesn’t call me when I am at home. We have enough of each other when we are on a tour. He enjoy our time off from each other.”

Q: How many times does Chahal call you in a day? #AskRo
– @fcbsiaaaa

Rohit Sharma also reacted to Suresh Raina’s comparison of him with legendary MS Dhoni. Rohit said a comparison like that should not be made as MS Dhoni was ‘one of a kind’ and nobody can be like him.

Sharma said, “Yes, I heard about that comment from Suresh Raina. MS Dhoni is one of a kind and nobody can be like him and I believe comparisons should not be made like that, every individual is different and has his strengths and weaknesses.”

Q: Raina recently made a comparison between Dhoni and you. Can you explain what you see as most important elements of your captaincy style and how you differ from other captains. #AskRo
– @UjwalKS

Rohit will be expected to get back on the field during the 13th edition of the IPL gets underway in the UAE in September. He will be leading the Mumbai Indians (MI), who will be teh defending champions. 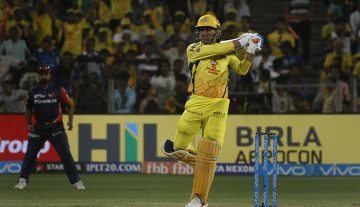