On Sunday, the Board of Control for Cricket in India (BCCI) went on to confirms that the 13th edition of the Indian Premier League (IPL) will be held in the UAE from September 19. The IPL 2020, which was initially postponed due to the increasing cases of the coronavirus pandemic, will have a 53-day window and the final is scheduled to be played on November 10.

The IPL Governing Council had a meeting on Sunday where they discussed the Standard Operating Procedures (SOPs) for the tournament as it will be happening outside the country for the 3rd time in its history. IPL 2020 will be played across all 3 venues — Dubai, Abu Dhabi, and Sharjah — in the UAE, which will be hosting the tournament for the 2nd time. UAE hosted initial matches of the IPL 2014 as the tournament was moved out of India due to Assembly Elections.

The postponement of the T20 World Cup and Asia Cup gave sufficient window to the BCCI to host the cash-rich T20 league.

The Governing Council also gave a go ahead to the Women’s T20 Challenge — a three-team mini women’s IPL which is scheduled to be played in the UAE between November 1 and 10. Informing the same, BCCI president Sourav Ganguly said, ahead of the meeting, that the contracted players of the senior women’s team will also have a national camp in the lead up to the T20 tournament. 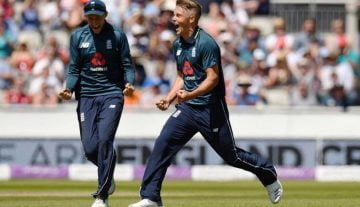