India’s limited-overs deputy skipper, Rohit Sharma has earned a reputation for himself delivering some funny statements and replies during his press conferences. He has often been seen responding to reporters with cheeky replies that draw laughs from everyone watching. In a Q&A session with fans on Twitter, the veteran opener revealed just why he enjoys pressers so much.

One of his fans had asked, “How do you get such humour during PC?”Responding to the question, Rohit said with a smirk: “I enjoy my press conferences because that’s the only time that you can give it back to the reporters.”

Q: How do you get such humour during PC? #AskRo
– @Prateeeex_

When one of Roht’s fans asked about one bowler from the past that he would like to face, Rohit went on to named teh Australian legend, Glenn McGrath. One fan asked him two Mumbai Indians cricketers he would like to bring back from retirement. Sharma replied, “The one and only Sachin Tendulkar and Shaun Pollock.”

He was also asked to pick his favorite ton from the five that he scored during the 2019 World Cup. Rohit said it was his unbeaten 122 against South Africa, due to tough conditions and a dangerous bowling attack.

On the hand, one his fans asked, “How much was your first paycheck worth and at what age did you get it? How did you spend it, with friends or family?” The Indian opener replied, “My first paycheck wasn’t a paycheck, it was cash, which I won playing a match near my society. It was Rs 50 and obviously it was spent by eating roadside vada pav with my friends.”

Sharma also went on to reveal the biggest “life-turning” moment for him, which was when he read the book “The Making of a Cricketer”, which is about legendary batsman Sachin Tendulkar. Rohit will be expected to get back on the field during the 13th edition of the IPL gets underway in the UAE in September. 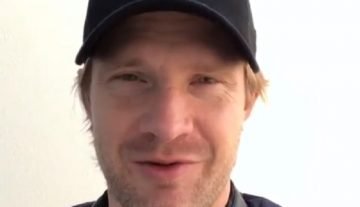