India’s stand-in skipper Rohit Sharma hailed another “clinical performance” by the men in blue when they registered a comprehensive seven-wicket win over Bangladesh. India bundled out for Bangladesh for a meager score of 173 and a lot of credit for goes to Ravindra Jadeja, who took four wickets for 29 runs in his 10 overs and was adjudged man of the match.

During the post-match presentation, the Indian skipper said, “It was a clinical performance from the start. We bowled very well and we always knew it was going to be better batting under the lights. Very good from everyone. It was important on a pitch like that to rotate the bowlers and now allow the batsmen to settle.”

Praising Jadeja for a phenomenal comeback, Sharma said, “We wanted to rotate the bowlers in shorter spells. It was a challenge for us, but I think they responded well. We always knew if we stuck to tight lines, the wickets would come. Jadeja, playing an ODI after a long time, to come out and bowl like that was a great effort from him. Great effort from everyone, I don’t want to single out anyone.”

Coming out to chase 174, Rohit scored an unbeaten 83 during India’s chase and stayed till the end so that the men in blue don’t suffer another glitch after the dismissals of Shikhar Dhawan, Ambati Rayudu and MS Dhoni.

On the other hand, Jadeja said that he worked in tandem with the other Indian spinners  Yuzvendra Chahal and Kuldeep Yadav, both of whom ended the match wicketless. He said, “Kuldeep and Chahal were putting pressure on the batsmen and I was getting the wickets. I need to play my role in every match and look forward to doing well against Pakistan and the other crucial matches.”

India’s next match is against arch-rivals Pakistan on Sunday. This is the second time in the tournament that the two sides are facing each other Rohit reckons that they are willing to repeat the same performance against Pakistan. 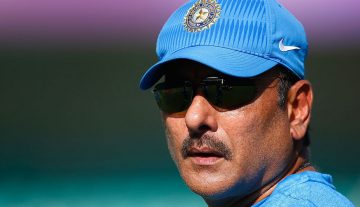