The veteran Indian opener, Rohit Sharma is celebrating his 33rd birthday On Thursday. This year, India’s limited-overs vice-captain has got a rare opportunity to celebrate his special day at home, with family away from the Indian Premier League (IPL) of which he has been part of since the inaugural season in 2008.

With the IPL suspended until further notice due to the ongoing coronavirus pandemic, Rohit will be cutting the cake with family and not with his Mumbai Indians teammates this year.

Having made his international debut in 2007, Sharma made a mark for himself as an indispensable part of a powerful India batting line-up. He began his career batting in the middle-order before being asked to open the innings in the Champions Trophy 2013 and has since broken numerous records and set new milestones.

Rohit holds a host of records in limited-overs cricket including for the highest ever individual score (264 vs Sri Lanka), most centuries in T20Is (four), most centuries in a single edition of a world cup (2019 ICC Cricket World Cup), the most number of double centuries in ODIs (three) among others.

Apart from those batting records, Rohit is also a five-time IPL champion – once with Deccan Chargers and the rest with Mumbai Indians, a franchise of which he’s the captain as well. Here are some beautiful wishes came on his 33rd birthday:

On @ImRo45's special day, here is a recap of The Hitman show in whites. This one was in one of his favourite hunting grounds – Kolkata 💪💪#HappyBirthdayRohit

Happy birthday @ImRo45
Have a wonderful year ahead. 🥳🎂🎂🎂#HappyBirthdayHitman

With Rohit Sharma celebrating his 33rd birthday today, let's rewind to 2016 when he whacked an unbeaten 171 at the WACA. pic.twitter.com/dv7PpvAcD9

As the clock strikes 1️⃣2️⃣, we wish our Captain – our Leader more boundaries, more sixes, more runs, more records and many more trophies🏆💙

You are one of the nicest and most genuine people I know. Wish you a very happy birthday bro @ImRo45 #HappyBirthdayRohit #HappyBirthdayHitman

On his birthday, let's relive the Hitman's IPL 💯 at his favourite Eden Gardens 📽️🔥#HappyBirthdayRohit

Throwback to this special moment with @ImRo45 as he guided me to my first test hundred. Happy Birthday, Rohit!

Wish u a very happy birthday @ImRo45
Have a bleesed one! Stay safe and keeping rocking 🤘#HappyBirthdayHitman pic.twitter.com/62GwjfOJLi

Birthday mubarak to @ImRo45 whose sizzling batting has lit up cricket in all formats, particularly in the past couple of years. Gosh, there are so many gr8 knocks he’s played I’m struggling to make a selection. Which do you rate as his top 5?

I remember a slow turning track at the Eden Gardens in May 2012, with KKR having Narine, Shakib & Bhatia. Gibbs scored 66 for MI, striking at just 113. At the other end, Rohit got 109 in 60.
The KKR coaches shook their head in disbelief!
Happy birthday @ImRo45, absolute legend! pic.twitter.com/cVE3vcgiZ2

While he has been highly successful in ODIs and T20Is, consistency in the longest format of the game evaded him for some time before he was asked to the open the innings last October. He has since added a double century apart from two centuries in six innings to his Test record. However, he missed the Test series in New Zealand earlier this year due to injury. 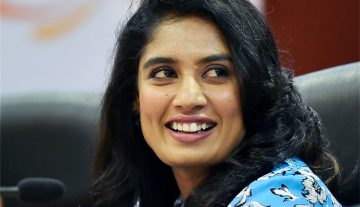