The Indian Premier League (IPL) 2021 ended as a heartbreak for the four-time champions Mumbai Indians (MI) as the five-time winning franchise couldn’t even make it to the playoffs of the season. The IPL 2022 will see a mega auction ahead of it and in this case, the teams will get shuffled majorly. Skipper Rohit Sharma reckons that he wishes to have the same core group for MI every time but that will not be possible now.

Rohit Sharma added that they won’t have the same squad until some miracle happens. It is known that MI has been doing pretty well with their current set of players over the years as they have five titles in their cabinet. They stand to be one of the most successful franchises in the world.

In a video shared by Mumbai Indians on Twitter, Rohit Sharma was heard saying, “We won’t have the same squad unless some miracle happens. It will be hard not to have all of them as part of the same group next year. But, hopefully, we can get the same core group of players and create a magical couple of years.”

"All these players are not just made in one or two days… Its a lot of hard work that they have put in." 💥

Ro talks about his journey with #MI and the special bond that he shares with this group 💙#OneFamily #MumbaiIndians #IPL2021 #KhelTakaTak @ImRo45 @MXTakaTak MI TV pic.twitter.com/rwYL2txiXi

Moving further into the conversation, Sharma was showering immense praises on talent scout which played a great role in their last mega auction and picked some of the best players. He added that they do a great job by keeping an eye on all the domestic games and give feedback to the management for the same.

Elaborating the same, Rohit Sharma said, “The credit has to go to the scouts. Who just go day in and day out and watch all the domestic games. And give us feedback as to what individuals are doing. These players are not made over one or two games or one or two seasons. It’s a lot of hard work over the years that they have put in to make sure that they get the environment they want, to go out there and do the best they can.” 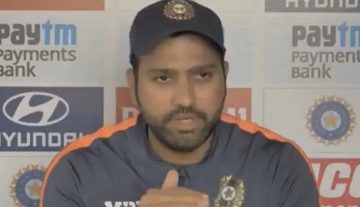