The veteran New Zealand cricketer, Ross Taylor reckons that fit-again Ishant Sharma has strengthened the bowling line-up of the Indian team which already comprises Jasprit Bumrah and Mohammed Shami. He also said that the hosts can’t make the mistake of only focussing on Bumrah upcoming Test series.

Less than three weeks away from his 36th birthday, Taylor said, “I think if we just look at Bumrah, we are in trouble. I think their whole bowling lineup is fantastic. Obviously, Sharma coming back will bring new dynamics to the team. They have got a world-class batting line-up as well and we have to get through that. But they are the No. 1 team in the world for a reason and we know we have to be on our game to be successful against them.”

Had the Christchurch Test against Bangladesh not been canceled due to the terror attack at the mosque, Taylor would have played his 100th Test in Sydney against Australia last year, which eventually became his 99th and he will be able to play the iconic match front of friends and family.

Taylor will become the first-ever cricketer to play 100 Tests, 100 ODIs, and 100 T20Is. He has already got messages from former teammates Daniel Vettori and Brendon McCullum.

The veteran batsman said, “I just got a call from Brendon before we got here saying all the best. He said ‘do better than what I did’, I don’t know what he got in his 100th game. I got a message from Vettori as well last night. Obviously, it is a special club to join and it’s nice to hear from fellow players who have been there and done that.”

In the twilight of his career, Taylor has often though of announcing his retirement and the thought crossed his mind when he had set the 2019 ODI World Cup as a deadline for himself. But then he thought he still had something left in his tank and hasn’t till date disappointed his fans. 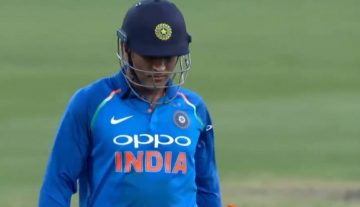