Legendary Indian batsman Sachin Tendulkar gifted a BMW 7 series car to the former India opener Virender Sehwag. Later on, Sehwag took to Twitter and posted a photo in order to thank the master blaster for the beautiful gesture. posted a pic on his Twitter account thanking his

The car is actually BMW 730 Ld and in India, it costs somewhere around INR 1.14 crore. Viru tweeted, “Thank you @sachin_rt paaji and @bmwindia .Grateful for this !”

Thank you @sachin_rt paaji and @bmwindia .Grateful for this ! pic.twitter.com/8PQd9NxO11

The chemistry between Sachin and Sehwag as they were one of the most successful opening pairs for India. The two are also known to share a warm relationship with. At the time of Sehwag’s retirement from cricket, Sachin had said that he is a “true champion” and that he was an absolute joy to play alongside.

Time and again, Sehwag has stated that Sachin was an inspiration to him while making his way to the Indian team and a good friend off the pitch. He even when on to call Sachin a man “who could stop time in India” while wishing him on his 44th birthday. 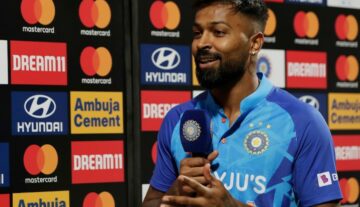