Legendary Indian cricketer, Sachin Tendulkar proved is worth in international cricket quite early in international cricket despite making his debut at the early age of 16. The then-teenage sensation didn’t shy away from taking on the dangerous Pakistan pace attack on their own backyard with a lot of guts and skill. Sachin had smashed a couple of 2 fifties on his maiden tour and made sure he hogged a lot of limelight.

Sachin Tendulkar’s maiden Test century came in his 15th international match against a top English attack at Old Trafford but he had to wait almost half a decade to score his maiden hundred in ODI cricket.

No player has gotten even close to Tendulkar’s ODI tally of 18,426 runs but his limited-overs career did not witness the start he would’ve liked. He had played 78 matches and nearly 5 years without an ODI ton. He had scored 17 fifties during the said period but a 3-figure score was eluding him.

The breakthrough moment came during the Singer World Series in Sri Lanka. While batting against one of his favorite oppositions, Australia, Sachin managed to amass his maiden ODI century — 110 from 130 balls which included 8 boundaries and 2 sixes.

#OnThisDay in 1994, Sachin Tendulkar hit 110 against Australia in Colombo – the first of his 49 ODI centuries 🔥

Which is your favourite Tendulkar ton in the format? pic.twitter.com/nu4ONjdGsf

Opening the batting with Manoj Prabhakar, Tendulkar came up with a free-flowing hundred. He stitched handy stands with the likes of Navjot Singh Sidhu and Mohammad Azharuddin before Vinod Kambli smashed a quickfire 43 as India posted 246/8 on the board.

In response, Mark Waugh played a solid knock of 61 but it was not enough as Australia suffered a loss by just 31 runs. Tendulkar’s ODI career can be split into two parts — the ones on either side of his maiden ODI century. Before Tendulkar reached the 3-figure mark, he had scored 2126 runs at an average of 32.70.

However, after his maiden ton, Tendulkar reached to another level, scoring at 47.10. Tendulkar scored 16,300 runs and 48 more tons and 62 more fifties after the match-winning ton in Colombo. 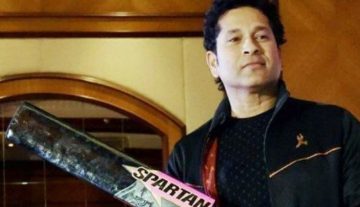