On Friday, the Indian deputy skipper in Test cricket, Ajinkya Rahane brought out his foodie side on Friday as he asked his fans on social media about their preference when it comes to eating “vada pav”. Along with a picture of him having a “vada pav”, Rahane tweet: “How do you like your vada pav? 1. Vada pav with chai, 2. Vada pav with chutney, 3. Just Vada pav”.

I like my Vada Pav with red chutney, very little green chutney & some imli chutney to make the combination even better👍

Tendulkar had earlier revealed that he relishes a spicy ‘vada-pav’. In 2011, during an interview with a Marathi news channel, Sachin said, “I and my son (Arjun) love to eat vada-pav at Shivaji Park Gymkhana and there is nothing that can beat this snack, laced with ‘chutney’.’

ALSO READ: Virat Kohli To Get Support From BCCI For His Stand On 4-day Tests

On Thursday, Rahane had shared a photo of his wife Radhika Dhopavkar, Rohit Sharma and his wife Ritika Sajdeh with a caption saying: “2020: Dinners filled with conversations about our daughters & parenting.”  Rahane, who plays only the longest format for a year, is gearing up ahead of the New Zealand tour where India will be playing two-match Test series. He will take part in second India ‘A’ four-day game against New Zealand between February 7 to 10.

After his exclusion from the World Cup squad, he went on to play county cricket for Hampshire. He said that spending time away from the team helped him find his form during India’s tour of West Indies. He said, “At times, we get too caught up in our pursuit of success and then we suddenly realize that we are required to just stop, sit back and introspect. I did exactly that when I wasn’t selected for the 2019 World Cup.”

India will play two Tests against the Kiwis from February 21. 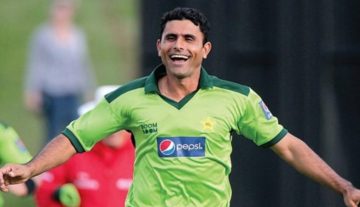 News
By CricShots - May 30, 2020
Pakistan All-rounder, Alleges India Of Losing Against England Deliberately