The 20-year-old Sam Curran has impressed in his second Test match which was the first Test of five-match Test series between the hosts England and the visitors India at Edgbaston (Birmingham). After winning the Test match, Sam shared his hard-life story to grow up for cricket.

The 20-year-old all-rounder performed his role superbly in the Edgbaston Test as he won the Player of the Match award after England secured their thrilling victory by 31 runs. In that Test match, Sam scored 24 & 63 with the bat, while he had also the bowling figures of 4/74 & 1/18.

His father Kevin Curran was the Zimbabwe international cricketer who died six years ago when Sam was just 14 years old. While he mentioned that it was a hard time for him, he also said that the family support has helped him to grow up for this level.

Talking about that, Sam said, “I was still young when it did happen, but I’ve got a very strong family. Both my older brothers (Tom, who has played Test cricket for England, and Ben, who plays for the Northants 2nd XI) – we’re all very close, and my mum’s very supportive of all our cricket. I think it made us stronger as a family and me stronger as a person.

“I do take that into my game … I just play naturally, and try to take as many chances as I can. I think I’ve learned that as I’ve grown up, with two very competitive brothers in the back-garden cricket … ‘Don’t give them anything!’, and I try to take that on to the pitch.”

The English Test skipper Joe Root has been impressed with Sam’s on-field effort and has found the similarity to the star all-rounder Ben Stokes.

Root said about that, “Whenever you watch him operate on the field he has this desire and steeliness within him, similar to Ben. He wants to be involved in the big occasions.” 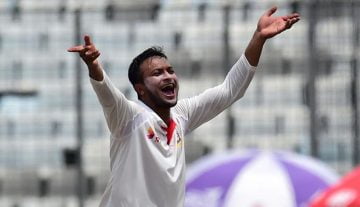