Nepal cricket team skipper, Sandeep Lamichhane has been accused of raping a minor on Wednesday, September 7. The incident brought into light after the alleged victim, aged 17, lodged a complaint against the star cricketer to Kathmandu police. According to a report on onlinekhabar.com, Kathmandu Valley Police Office chief Rabindra Prasad Dhanuk has confirmed that they have launched an investigation against Sandeep Lamichhane. Meanwhile, the minor has been sent for a health check-up.

“The police are sensitive to such serious incidents. We have made the supposed survivor undergo a health check-up and launched an investigation,” says Rabindra Prasad Dhanuk, the Kathmandu Valley Police Office chief.

According to the police report, Sandeep Lamichhane asked the victim to go on a date with him on the eve of the Nepal cricket team’s departure to Kenya on September 22. She couldn’t return to her hostel as the gates get closed by 8 pm and had no option then to stay in a Kathmandu hotel.

Incidentally, the minor girl was a fan of Sandeep Lamichhane and started talking to him over WhatsApp and Snapchat. The star leg-spinner, who is currently in the West Indies, is playing in the ongoing edition of the Caribbean Premier League. He was not available for make any comment on the allegation.

Sandeep Lamichhane is one of the most celebrated cricketers from his country. He was one of the eleven cricketers to play in Nepal’s first ODI match, against the Netherlands, back in August 2018.

Lamichhane was also the first Nepalese cricketer to feature in IPL auction. The young spinner was picked up Delhi Daredevils (now known as Delhi Capitals). Lamichhane made his debut against the Royal Challengers Bangalore in IPL 2018. So far, he has played 30 ODI and 44 T20I for Nepal, picking up 69 wickets and 85 wickets respectively. 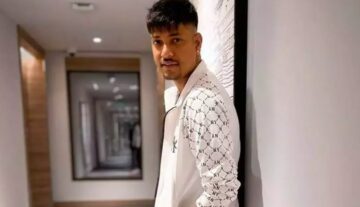