After having started with a poor form, Shikhar Dhawan has finally found his form in the ongoing season of the Indian Premier League (IPL). He has returned his home team Delhi Capitals after a long year after his side traded him with Hyderabad. Dhawan’s quick scoring ability helps Delhi to put up big scores as well as to chase them. However, this helps in Delhi’s all-over performances as well. They have currently in third place with 12 points.

However, Dhawan had earlier been criticised for taking too many balls to score. Delhi coach Ricky Ponting had expressed his displeasure then and commented about his scoring-rate. Dhawan had scored 51 off 47 in their six-wicket defeat against Chennai Super Kings. After that, he faced many criticisms.

“In an ideal world, we would have liked Shikhar Dhawan to have scored a little bit quicker, but we could see it was difficult for him. He hurt his ankle as well while batting. His usual running between the wickets was also hampered,” Ponting had earlier said.

After that, Dhawan performed brilliantly and scored a quickfire knock of 97 off 63 deliveries against Kolkata Knight Riders and guided his team to a comfortable win. From then onwards, he has been scoring back-to-back. On Saturday, he scored 56 and helped Delhi Capitals to beat Kings XI Punjab by 5 wickets.

Meanwhile, Former India cricketer Sanjay Manjrekar gave credit to Delhi coach Ricky Ponting for his recent form as a T20 batsman. He even said that Shikhar Dhawan is a better T20 batsman because of Ponting.

“Needed a Ricky Ponting to shake Shikhar out of his comfort zone. Far too many coaches pander to the wishes of star players. Dhawan is a better T20 batsman now thanks to Ricky,” Manjrekar wrote to Twitter.

Needed a Ricky Ponting to shake Shikhar out of his comfort zone. Far too many coaches pander to the wishes of star players. Dhawan is a better T20 batsman now thanks to Ricky.#DCvKXIP

After the completion of the game against Kings XI Punjab, Delhi captain Shreyas Iyer also praised his opener. Dhawan scored a half-century and Iyer scored an unbeaten 58 and their partnership helped Delhi to win the game.

Also read: Andre Russell is unhappy with KKR’s decision to send him in the lower order

“Dhawan is playing fearless cricket right throughout the season and that’s helping us. Either of the top four batsmen has to stay there till the end and take the team through. I took the responsibility today and I hope to continue that in the matches to come,” Iyer said in the post-match presentation. 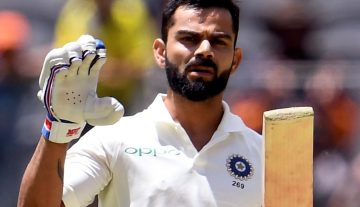