Rajasthan Royals wicket-keeper batsman Sanju Samson scored adds another feather to his cap as he smashed his fastest fifty in their opening match of the Indian Premier League (IPL) 2020 at the Sharjah Cricket Stadium against Chennai Super Kings (CSK). Samson brought up his half-century in just 19 balls with the help of 6 towering sixes and a sole boundary after MS Dhoni won the toss and put RR in to bat first.

Samson’s previous best was a 24-ball fifty for Delhi Capitals (DC) against the Gujarat Lions at the Feroz Shah Kotla on May 4, 2017. His blistering knock helped Rajasthan post 96 runs for the loss of 1 wicket in 8 overs. Overall, his 19-ball effort is the joint-sixth fastest in IPL history along with Chris Lynn, KL Rahul, Harbhajan Singh, Owais Shah, David Miller, Andre Russell, and Robin Uthappa.

This is also the joint-2nd fastest fifty for RR after Jos Buttler’s 18-ball effort against Delhi Capitals (DC) in IPL 2019. Owais Shah had also hit a 19-ball 50 for RR against Royal Challengers Bangalore (RCB) in 2012. Rahul holds the record of scoring the fastest 14-ball fifty in IPL, a feat he achieved in a game against Delhi Capitals at the IS Bindra Stadium in Mohali in 2018.

Samson’s fifty was his 11th in the IPL. He has smashed a couple of centuries to his name and showed glimpses of his past form against CSK, as he smashed Piyush Chawla for sixes 6s.

Samson was eventually dismissed for 74 off 32 balls by Lungi Ngidi in the 12th over, by then, the youngster had already done a lot of damage by then with RR’s score reading 2 for 132. He had come to the crease after the dismissal of the young opener Yashasvi Jaiswal’s wicket with the score reading 11 for 1 in 2.2 overs.

Here is how Netizens reacted to the same:

Sanju Samson’s six hitting is in a different league….the ease with which clears the fence (off fast and slow bowlers) is an absolute delight. Piyush v Samson should be a contest to watch…. #RRvCSK #IPL2020

Sanju Samson is not just the best wicketkeeper batsmen in India but the best young batsman in India!
Anyone up for debate?

Can't wait to see how MS counters this.

Exceptional fifty, what a start!

Sanju Samson reminds me of my younger days as a batsman on cricket 97 with cheat codes on. You make me nostalgic young man.

Sanju Samson on fire! He brings up a quickfire half-century off 19 deliveries 🔥🔥#RRvCSK pic.twitter.com/XMx8N5txnB 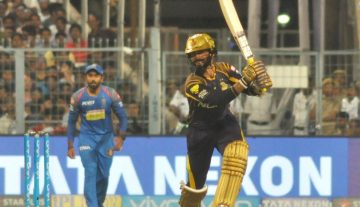