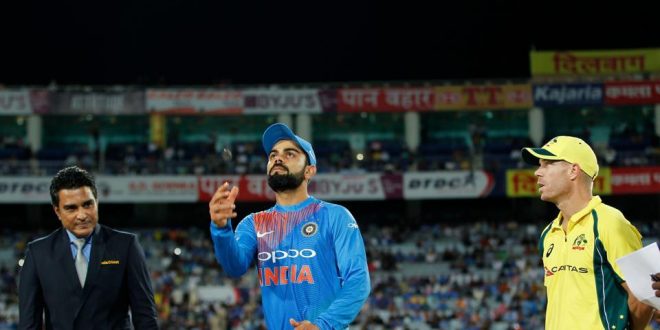 The venue for series decider between India-Australia has been geared while keeping security concern in their back of mind. After what happened post-Guwahati T20I, Rajiv Gandhi International Stadium is trying to tick all boxes in regards to security purpose.

Mahesh Bhagwat, Commissioner of Rachakonda Police, addressed media ahead of Hyderabad T20I and declared no electronic device (power-bank) will be allowed in the stadium expect mobile phones, that too has to be switched off during the entrance.

“This is also one of the reasons we ask the fans to come well in advance to the venue to avoid any inconvenience. All the entry gates will be thrown open four hours before the match commences at 7.00 p.m.,” he said.

He listed metallic objects, umbrellas, water bottles, sticks to carry any banners (tri-color flags are allowed but without the sticks) as the belongings, fans can’t take inside the stadium. Also, 56 CCTV cameras have been installed for the security measure around the stadium.

Bhagawat further said “In all, 1,800 cops will be on the job for a smooth conduct of the match,” he said. “The vigilance teams will keep a tab on the sale of eatables and beverages by vendors and spectators can bring to the notice of the authorities if anyone is charging an exorbitant price by calling 100 or 9490617111.”

“Most importantly, we appeal to the spectators not to create panic in case there is heavy rain as they can all move into the large lung space available behind the galleries to take cover,” he said. “There is enough space for parking 1,940 four-wheelers and 5,050 two-wheelers in the designated spaces in and around the stadium,” he concluded.

Australians are eyeing for some pride with a T20I series win, but Indian team has to raise their bar after a rare blip in the last match, where visitors went home easily by 8 wickets. 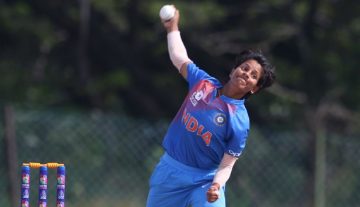 Article
By Shruti - Oct 1, 2019
Poonam Yadav Shares Her Secret Ahead of World Cup