Former Indian opener, Virender Sehwag is confident of the Indian skipper, Virat Kohli will soon be coming back to his form despite a lean patch during the New Zealand Test series. The latter only scored 38 runs across four innings in Wellington and Christchurch, and it was is worst series since the debacle of England in 2014.

Talking to Sportstar regarding the Indian skipper, Sehwag said, “Every player has to go through this phase. Sachin (Tendulkar), (Brian) Lara, (Steve) Smith have all experienced poor form. I faced and came out of it without compromising with my natural game. When countering difficult times, you have to be patient and back your instincts. I am sure Kohli will find his way back. He is too good to allow this bad patch to continue.”

On the other hand, legendary Indian all-rounder, Kapil Dev reckons Kohli’s reflexes are looking to be going on a downfall. Still, Sehwag feels otherwise and stated lack of form, and luck has bogged down the Indian skipper.

Describing the same, Sehwag said, “When you are out of form, nothing works for you. It is not that Virat is not making efforts but luck has deserted him. Virat certainly doesn’t have hand-eye coordination issues. Your hand-eye issue deteriorates over a period of time. Not overnight. I am sure it is just a lack of form. Also, he has got out to good deliveries.”

Kohli’s dismal performance against New Zealand has been compared with his unforgettable outings in England. He had registered the scores of 1, 8, 25, 0, 39, 28, 0, 7, 6 and 20 in the five-match Test series, averaging 13.50 in his ten innings, and then followed it with the scores of 0, 40, 1 not out and 13 in ODIs. While swing led to Kohli’s downfall there, Sehwag reckons that Virat has become better in terms of shot selection.

Explaining the same, Sehwag said, “Here (in New Zealand) the ball has seamed a lot and if you are not getting runs then the challenge multiplies. Of course, you can adapt, playing more on the front foot, by leaving the ball. For me, it is important to know which ball to leave and you can do that when you are feeling confident. The pressure also may have got to Virat.” 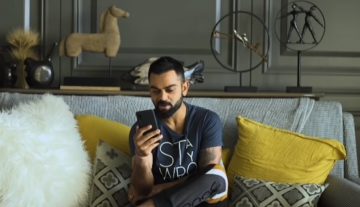