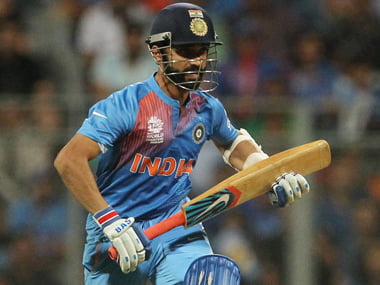 Former opener Sunil Gavaskar can’t believe over this harsh call by the selection panel and he asked selectors to come in front with a valid reason. “Rahane’s omission is not understandable. He just scored four consecutive fifties (in the ODI series) – why is he not in the (T20I) team? Now, KL Rahul is a fine batsman. But he did not play a single game in the five one-dayers,” he said. “So why is he in the (T20I) team and not Rahane who scored four half-centuries. Some reason has to be given by the selection committee to say that Rahul is such a better player than Rahane in the one-day game, in the T20 format.”

At the same time, Rahane’s Coach Pravin Amre also count persist himself from criticizing selectors. Also, he compared his student with a soldier, who is always ready to serve his nation. “Ajinkya is a like a soldier who is waiting to serve the country whenever picked. Also, I think he has matured a lot as a player and his statement after the announcement of the squad for the T20I series against Australia shows that he is not insecure of his position in the team,” said Amre.

He further added, “While I am not someone who is in a position to say if it is the right or wrong call by the selectors, what I can say is that he is already preparing for the upcoming series against New Zealand and will look to better the performance he put up against the Aussies.”

India-Australia three-match T20 International series will kick off on October 7 in Ranchi. After winning Test and ODI series against Aussies, hosts will try to complete a whitewash of the series win.