Former Pakistan all-rounder Shahid Afridi came in support of his country’s Prime Minister Imran Khan over his statement in the Pulwama attacks. Pakistan PM joyfully played the victim card in the snowballing controversy where he claimed that Pakistan was not involved in the attacks and asked India to provide proof.

Khan also issued a warning to India, saying: “If you [India] think you will attack us and we will not think of retaliating… We will retaliate. We all know starting a war is in the hands of humans, where it will lead us only God knows.”

Afridi took to Twitter and used a chunk of Imran’s speech and termed it as “Absolutely crystal&clear”.

The recent terror attack in Pulwama has increased the tension between India and Pakistan. On Thursday last week, the Indian army lost 44 CRPF troops after an attack in Pulwama, which was done by Pakistan-based terrorist organization Jaish-e-Mohammad. Since then, Pakistan is receiving some lash for this incident.

Recently, Afridi was asked by one of the reporters to react on Gautam Gambhir’s statement after one of the Pakistan Super League (PSL). Afridi, then, had avoided commenting on the issue and turned a deaf ear to the question. It remains to be seen now if the Indian Government responds to Imran Khan’s statement.

The tension between both countries rose to a new high. India’s cricket websites have stopped the coverage of the ongoing Pakistan Super League (PSL) and removed it from their data. Moreover, there are talks to boycott match against Pakistan in the forthcoming ICC Cricket World Cup 2019 in England.

This time pakistan will 👂 “Boom Boom” for the last time! @virendersehwag @Atheist_Krishna

Do you guys know the difference between an incident and an attack?

What for a fear in their eyes I see
When you stand alone, lonely before the gate of the death! Your present scenario BOOM Boom !

In the worst-ever terror attack on security forces in Jammu and Kashmir, more than 40 Indian brave hearts were killed on February 14 after a Jaish-e-Mohammed terrorist rammed an explosive-laden vehicle into one of the vans of the CRPF convoy on the Jammu-Srinagar Highway. 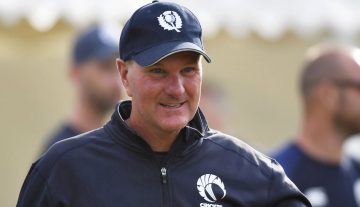