The England and Wales Cricket Board (ECB) asked former Kiwi pacer Shane Bond to mentor England’s bowling line-up in the Ashes. Now, Bond is in line to add his inputs in the marquee Ashes, which will commence from November 23 in Brisbane.

The rivalry between Australia and New Zealand has been very intense as well, where Shane Bond was the wrecker in chief against mighty Kangaroos. Thus, he has a great knowledge about the bowling conditions in Australia and he will reveal these tactics to the Poms.

“Everyone wants to beat Australia. You want to be on the side versus Australia, no matter where you’re from. I want to beat these guys,” said Bond.

When asked whether he is helping England bowlers with technique, he replied, “Sheez no. I’ve got a pretty good understanding of the way the game is played over here and it’s about instilling little bits of that in the guys. England play the game differently to what we do in this part of the world. It’s about getting them to understand that. They need to understand what attacking looks like and align our strengths to different fields and match them up against their batsmen.”

“The ball doesn’t move as much. The pitches are harder. You have to set your fields differently. Listening to the boys about England, they know there’s always something in the wicket. Here, you won’t get that sideways movement or massive amounts of swing,” Bond further quoted to the Guardian. “If it swings it won’t be there all the time. You have to find different ways to skin a cat. Our bowlers are quality and they get bounce, which is massive. If we can get it to go off the straight just a little bit, we are accurate enough that we can cause trouble.”

Former Kiwi star concluded while saying “You know what you will get out of Australia. [Mitchell] Starc will try to swing it back in and bowl over and across you, then go round the wicket and try to knock your off pole out. [Josh] Hazlewood will be accurate, then [Pat] Cummins will mix his length and bowl short. We are different. We have to control their run rate and chip away at their batting lineup, and take it to day five.”

England is the current holder of the Ashes and they will try to overcome the horrors of their last tour of Australia. 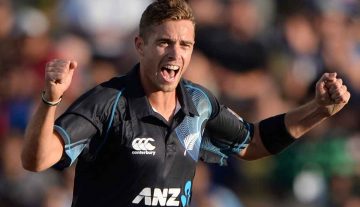