Australian legendary legspinner Shane Warne has revealed that the ‘Ball of the Century’ which he delivered Mike Gatting and completely deceived the legendary batsman.

During the Ashes Test series of 1993, Warne bowled the magical delivery. Even after 24 years of the incident, that ball still remains as no other bowler has been able to produce such a masterful delivery. On his 48th birthday, Warne himself recalled the historic moment.

Coming to the delivery, Warne bowled a delivery pitching outside the line of leg-stump and it further went on to hit the off-stump. Even the bowler himself was stunned after the dismissal. Especially, Gatting was awestruck as he kept wondering where did the bowl come from.

In a video shared by International Cricket Council (ICC) on their official Twitter account, Warne termed his ‘ball of the century’ as a ‘fluke’. Warne said, “The ball of the century was a fluke. It really was. I never did it again in the first ball of any time. So it really was a fluke and I think it was meant to be. As a leg-spinner, you always try to bowl a perfect leg-break every ball and I managed to do it first up which was pretty, like I said was a fluke really. It sort of changed my whole life really back on the field and off the field.”

Warne concluded by expressing that he is proud of himself that he could bowl such a delivery which people still recall even after 24 years. He said, “It was one of those deliveries which all leg-spinners want to bowl and I am proud that I have bowled it, especially to someone like Mike Gatting who was a fantastic player and the best player of spin in the England team and he is a good guy too. So to do that first up here in England, it was a very special moment.” 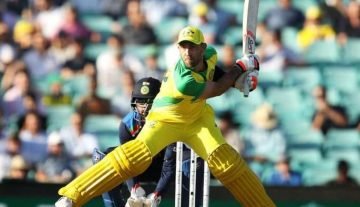