Former Australia leg-spinner Shane Warne picked his favorite 10 batsmen that he has ever seen or played with. He wrote a detailed column in the Herald Sun about the top batsmen who have ever played. In order to create a barrier, he kept the legendary former Australian skipper Don Bradman, at the top of the charts.

Among the current lot, only two batsmen managed to feature in the list and have grabbed the 10th spot. They are none other than Steve Smith and Virat Kohli. Warne explained that Smith and Kohli are nosing past one another to become of the greatest cricketers. He, however, feels Smith has an edge over Kohli in some aspects.

In his column, Warne stated, “The Don stands indisputably as the measure by which all batsmen are judged. He is so far ahead of the pack that we have to put him to one side when we run a rule over those who have excelled with blade in hand. Smith and his Indian counterpart Virat Kohli are dueling for a spot in my top 10 bats of the past 40 or so years and both are heading up that ladder with a bullet.”

Writing further about the batsmen who take the place just below Don Bradman in the list, he conceded, “The best batsmen since the mid-70s, in my opinion, is Viv Richards — the Master Blaster is my No.1 followed by fellow West Indian superstar Brian Lara, then the Little Master Sachin Tendulkar along with the graceful and elegant Greg Chappell. Beneath this quartet is a group of more great modern-day players in Jacques Kallis, Ricky Ponting, Graham Gooch, Allan Border and AB de Villiers.”

Explaining the selection of Steve Smith is the greatest among the current crop, he said, “Steve Smith has made 200 in England, he’s now got a double ton at the WACA and he’s made big hundreds in India. So in the three toughest environments to perform, he’s done it and hasn’t he done it well, too. Smith is not as destructive as a Vivvy Richards — there hasn’t been anyone who is — he is more of a quiet assassin. It’s death by a thousand cuts.”

He further elaborated, “To me Steve Smith is the best Test batsman in the world. Virat Kohli is the best across all three formats of the game, but across five days, Steve Smith is the man. The hole in Kohli’s CV on the Test match stage is in England and the pressure is on the fiery but very likeable Indian to carry over some double-ton magic from home soil to that country when his team tours next year.”

On the same note, the legendary spinner mentioned that Virat gives away his weakness in the off side corridor. He explained, “I actually think Kohli is easier to bowl to than Smith. With Virat, you can plan to bowl around that off stump and he will be tempted to have a little play, but Smith will leave the ball there all day. He’ll make you bowl to him.”

Here are the top 10 batsmen rated by Shane Warne: 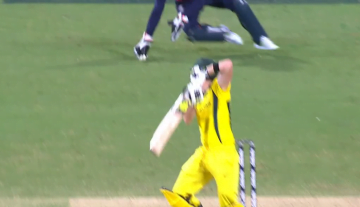