Shane Watson is one of the veterans of the Indian Premier League. Amid the worldwide lockdown, Many cricketers have also been proactive on their social media in the past few weeks due to the lockdown. Several cricketers have been actively using Instagram live or Twitter Q&A to spend some time with the fans. Australia all-rounder also joined up in an Instagram live chat session organized by CSK. He shared his thoughts on MS Dhoni and revealed what set CSK apart from other IPL teams.

“You can go for 10 games not scoring runs and still get picked. Last season, thank you to MS Dhoni and Stephen Fleming for keeping the faith. Every other franchise would have been ‘You are gone. Thank you for coming, but you are sitting and you are running the drinks,'” the Australian all-rounder said.

Watson almost said CSK’s ship through to the trophy at the biggest stage possible. His heroic knock in the final against Mumbai Indians, help CSK  chase down the total. However, CSK fell just short of Mumbai Indians’ total and lost the final.

Shane Watson heaped praises on CSK skipper Dhoni and coach Stephen Fleming for the same. The All-rounder thanked the duo for not dropping him when the player was out of touch. He eventually repaid the faith placed by the duo and was the X-factor in many CSK games.

“Through that period, unfortunately, I felt like I was batting well but I was just not scoring runs and that kept going on and on. At some stage, I was feeling after a couple of games that they are going to have to move me on, but they didn’t. And then when things turned around, which I knew it would at some stage, I thanked MS and Fleming for keeping the faith, and they said there was never any doubt,” he said.

“And that’s phenomenal. That made me feel 10-foot tall. That’s the power of amazing leadership. To know when to stick with people you believe me, and that’s amazing for me. And I am forever indebted to those guys,” Watson said. 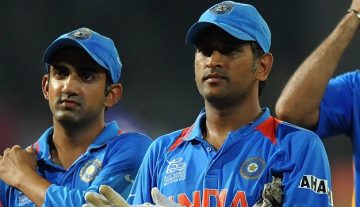