The veteran Indian spinner, Ravichandran Ashwin has been been an integral part of the Test squad as he has scalped 342 wickets in 65 games. But, he has witnessed a slump in the last one year or so, thanks to reasons like injury and the fast arrival of young spinners like Kuldeep Yadav. Ashwin lost his place in the ODIs and T20Is a couple of years ago and now, his place in longest format seems to be in a danger as well.

However, Ashwin wasn’t included in the playing XI in the Two-match Test series against Windies last month. He has been picked for the upcoming South Africa series, but whether he will play ot not that is one of the biggest questions. The head coach Ravi Shastri gave the reason behind the veteran spinner not getting game in the longest format.

ALSO READ: Ravi Shastri Wants to Give Time Rohit Sharma at Top of the Order

Ashwin has more than decent bowling record in Tests against South Africa (38 wickets in seven matches at an average of 17.57) and was the Man of the Series last time the Proteas toured to play a Test series by picking 31 scalps in four matches.

Shastri excluding Ravi Ashwin was a tactical move by the team management and refused to divulge the details. During an interview with Hindustan Times, he said, “Those are tactical things, which I can’t speak to you. You saw in the West Indies what happened, and now you will see the results. You can’t ask me who plays in the eleven because everyone is part of us.”

The Indian head coach termed Ashwin as “world-class” but also said the same about his competitors like Ravindra Jadeja and Kuldeep, who he felt will be the same in due course. According to him, India will have a clear picture of the Tamil Nadu spinner in the Test side in one year’s time from now.

Ashwin is the fastest to reach 300 wickets in Tests and the fourth-highest for India after Anil Kumble (619), Kapil Dev (434) and Harbhajan Singh (417). He has also amassed 2,361 runs with four tons in the longest format. 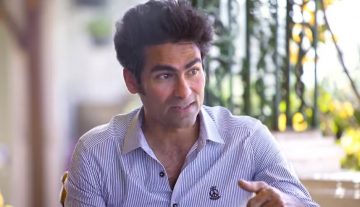