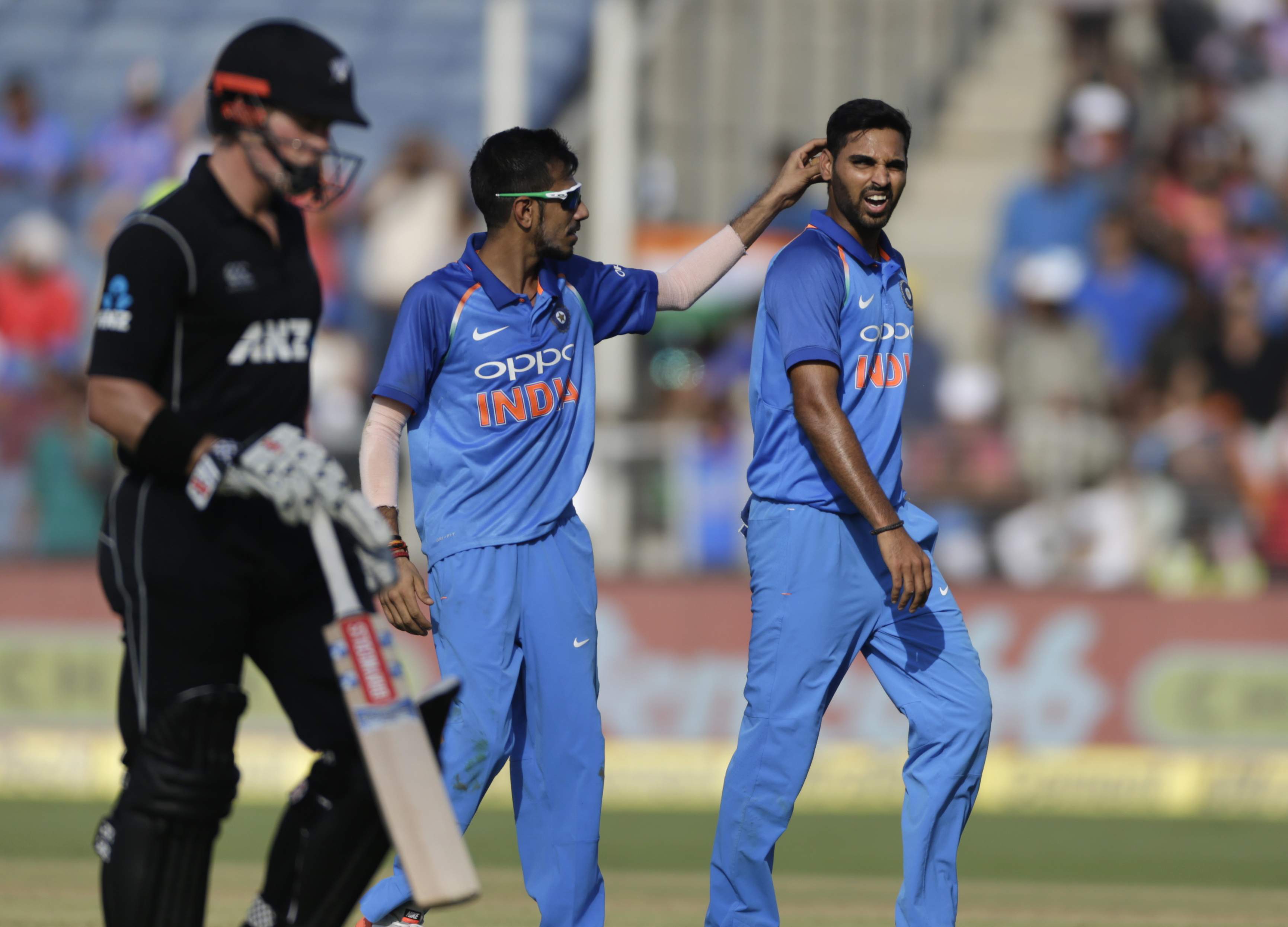 Indian opener Shikhar Dhawan hailed pacer Bhuvneshwar Kumar for his performance in India’s second ODI against New Zealand. Bhuvneshwar picked three wickets, two of which came in the first seven overs of the match and helped India restrict the visitors to 230/9.

Later on, the Indian batsmen chased down the total pretty comfortably with six wickets to spare and leveled the three-match series 1-1. Dhawan amassed 68 in the second ODI, said in the post-match press conference he asserted that Bhuvneshwar is arguably the best bowler in slog overs.

Talking about Bhuvi, Dhawan said, “He is playing on a very high level and I feel that his control of the ball is very good. Even when he is bowling a slower ball or a knuckleball, he makes sure he is pitching in the right areas. Even when he comes in the death overs, he is the best bowler in the world, the way he bowls yorkers. I have seen him in IPL and for India and he has been doing it consistently. He has got a lot of belief in himself and that is just showing out there.”

Dhawan said that India’s bowling performance is one the many reasons for their victory in Pune. He said, “The bowlers did half the job for us by restricting them (New Zealand) to 230. The pressure that is there chasing 230 is obviously lesser than when the target is 280 or 300. We played the new ball better than them. We didn’t lose (too many) wickets. There wasn’t any seam movement by our bowlers but they played a very good, tight line and did the job for us.”

Dhawan and Dinesh Karthik made a good partnership of 66 runs for the 4th wicket and made sure that India chases down the total comfortably. After Dhawan’s dismissal, Karthik batted on and remained unbeaten on 64. Karthik showed some character in the middle and he can be a good no.4 batsman for Indian in future days.

Taling about their partnership, Dhawan said, “Dinesh has done a lot of hard work. He has made so many runs in domestic cricket and the reward for that is that he got a place in the Indian team. Today he played such a good knock and his runs were very useful in the previous match also. He also rotates the strike very well and that takes a lot of pressure on the other batsmen. For example, I was not able to rotate the strike as well as I wanted but Dinesh was doing that at the other end because of which I was not feeling too much pressure.”