Indian opener Shikhar Dhawan received his 100th One-Day International cap in Johannesburg against South Africa. He cherished this match by scoring his 13th ODI hundred in 99 balls and become the ninth batsmen to do so. 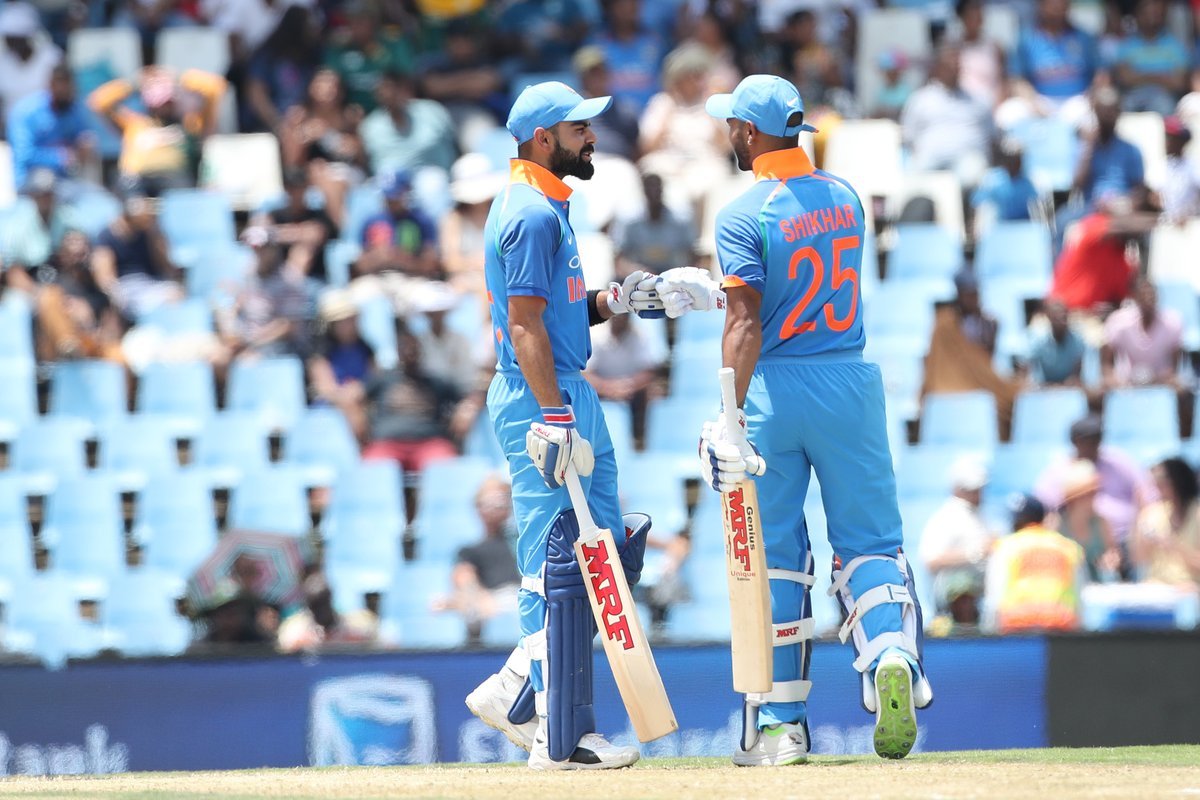 After winning the toss, Indian captain Virat Kohli opted to bat first. Rohit Sharma’s miserable tour continues but Kohli capitalized in this match as well and shared a 158-run partnership for the second wicket.

Dhawan is in some good form in the ODI series and he notched up his third straight 50+ score. He batted positively since the word goes and scored overrun a ball. However, he turned a bit slow post 75 but reached to his hundred with a straight drive off Chris Morris.

In the process, Dhawan broke Sourav Ganguly’s record for the highest score by an Indian in his 100th ODI match. Dada scored 97 against South Africa in his landmark match during 1999 World Cup in England.

India reached to 200/2 in 34.2 over before bad weather stopped the game at Wanderers. Dhawan (107) and Ajinkya Rahane (5) are batting in the middle.