The veteran Delhi Capitals (DC) opener Shikhar Dhawan shared a video on Monday on his Instagram handle in which he can be seen teaching his new teammates Ravichandran Ashwin and Ajinkya Rahane “a few Punjabi steps”. Sharing the video, Dhawan mentioned how difficult a task it was for him to teach Ashwin and Rahane of them dance steps who are “usually shy” adding that it will “take a while to get them into the rhythm”.

Captioning the video, Dhawan wrote: “Teaching my two teammates a few Punjabi steps but it’s going to take a while to get them into rhythm. Lovely to see them dancing since they are usually shy. Always have fun and keep the kid inside of you alive”.

While Dhawan is a Delhi player and his moves were on point, the same can’t be said about the other two — Rahane and Ashwin — who hails from Mumbai and Chennai. Ashwin and Rahane both joined the team during the training window from Kings XI Punjab (KXIP) and Rajasthan Royals (RR) respectively ahead of the annual IPL auction last year.

Ashwin had led KXIP in IPL 2019, while Rahane started last season as the captain of RR but was eventually stripped off his role after a series of disappointing performances.

Despite having some senior cricketers in their squad, DC’s captain is 25-year-old skipper Shreyas Iyer, who in fact is the youngest captain among all teams. Under his leadership, Delhi had one of their best outings in IPL history in 2019 when they reached the playoffs and finished the season in the third position.

However, this year with the arrival of experienced players like Rahane and Ashwin, Delhi Capitals are definitely looking in better shape, and will be interesting to see if they can make it count and break the title jinx, winning their maiden IPL trophy. Delhi Capitals will be facing Kings XI Punjab led by KL Rahul in their opening match of IPL 2020 on September 20 in Dubai. 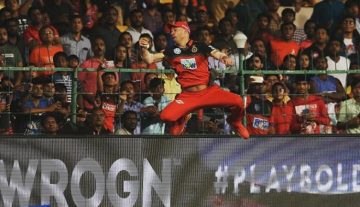