Former Pakistan pacer, Shoaib Akhtar revealed that he once bowled an intentional beamer at former India captain MS Dhoni. Shoaib Akhtar said that the incident happened during the 2006 Faisalabad Test match between Pakistan and India. The Rawalpindi-born recalled that the wicket was flat and dry and he was getting no help despite bowling his heart out.

During a recent chat with Aakash Chopra, the 44-year-old recalled that he delivered the beamer out of frustration as Dhoni was smashing him all over the park. Akhtar said his knees were completely destroyed since 1997 and he was playing that match in a lot of pain and had also used injections for the same.

Recalling the incident, Akhtar said, “In 1997 my knees have completely given up, they had become useless. But I kept on fighting, kept playing with the help of injections. The fibula bone of my landing leg was broken when India toured Pakistan. MS Dhoni performed brilliantly in the Faisalabad Test, the wicket was completely flat. I had used injections to play the match and I was so much in pain that I decided this will be my last Test match.”

He further added, “I had bowled a really fast spell of 8-9 over and Dhoni showed up. I apologized to him for intentionally bowling a beamer. For the first time in my life I had bowled an intentional beamer. I shouldn’t have done it. I regretted a lot. He was playing so beautifully, the wicket was also slow. I was continuously bowling fast but he kept on smashing me. I think I got frustrated.”

MS Dhoni played a flashy knock of 148 runs in just 153 balls with the help of 19 fours and 4 sixes, stitching a sixth-wicket partnership of 201-run with former all-rounder Irfan Pathan, who ended up scoring 90 runs himself.

The match had ended in a draw, however, Pakistan won the final match to clinch the 3-match series 1-0. 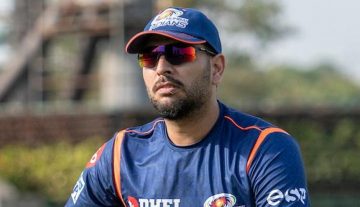