India U-19 World Cup winner Shubman Gill is enjoying a purple patch in the domestic season for Punjab. He has amassed as many as  720 runs in the ongoing Ranji Trophy with the help two centuries and four fifties. He feels that he has been gaining inspiration from India’s most dependable batsman Cheteshwar Pujara.

Pujara’s rock-solid performance in Australia became a source of education for Gill in India as the youngster said, “There is a lot to learn seeing the way Pujara bats; his patience at the crease. Australia had world’s top bowlers and to score against them on those tough pitches is phenomenal. I love watching him bat. There are a few batsmen who can bat through the day and look to play out the deliveries. He has played over 1,200 balls in one tour, which is really phenomenal. To score 500 runs on a tour is possible, but to face so many deliveries is like setting a benchmark for the youngsters.”

Currently, Shubman is working hard on his basics in the Ranji Trophy and looking forward to improving his game to the next level. He feels that despite the fact that he is happy with the way he is batting, he can work out on the patterns of his dismissals. He is well aware of the fact that the batsmen tended to bat in sessions in the longest format and hence, there can be a period when a bowler will do well and there can be a period when he can score runs and he needs to be smart pick the ones where he can capitalize.

On Tuesday, Gill got out after scoring 91 against Bengal, talking about his knock, he said, “Obviously, I am disappointed to miss out on a hundred. Had I batted longer, the team would have been in a better position. I was set for a big one. But it’s part of the game.”

The 19-year-old is rated highly by cricketing pundits, who feel the youngster can get picked for the Indian side sooner than later.

ALSO READ: Shubman Gill is ready to play for the Indian cricket team

However, Gill is well aware of the ground reality, he said, “Every player has a dream of playing for India. But I see very less chance now. Our one-day team is strong and the World Cup is around the corner. We have won a very good Test series as well.” 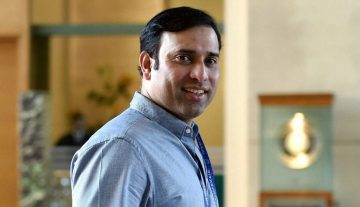