Not only these, but there were also other categories as well. While India’s youngster Yashasvi Jaiswal was awarded the Junior Cricketer of the Year, Kuldeep Yadav took home was named for the outstanding performance of the year award and the Domestic Cricketer of the Year award went to Ashutosh Aman. On the other hand, veteran cricketer Mohinder Amarnath achieved the ‘CCR International Lifetime Achievement Award’ for his outstanding contribution to Indian cricket.

While talking about this, former India player Sunil Gavaskar who is the chief adjudicator of the CEAT Cricket Rating shared his thought about this.

“Ceat International Cricket Awards, now in its 24th year is one of the most coveted awards in the cricketing world. Exceptional performances by the players in the year 2018-2019 are honoured with significant awards. With the upcoming Cricket World Cup to be played in England and Wales, winning the Ceat International Cricket Award gives a boost to the winners and inspires future players,” he said.

International Cricketer and Batsman of the Year – Virat Kohli 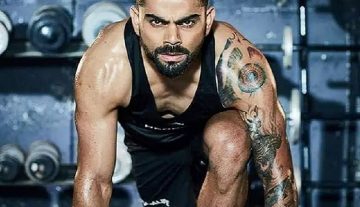