There is no denying to the fact that the Indian opener Rohit Sharma was once in a relationship with a British model Sofia Hayat. However, it has been years that they have moved on from their past hence, it has been a long time their relations has been in news. Those were the days when Rohit was not married but every now and then, Sofia comes up with a story to take shots at the Mumbai cricketer.

Currently, Sofia is writing a book on her life and she is planning to express the time she spent with Rohit. Speaking to Spotboye, she recently revealed some startling details about her relationship with the Indian opener. Sofia accused Rohit of kissing her in their very first meeting at a club in London.

So I had to block him in the end.. pic.twitter.com/Vg9sL6wxxW

The model elaborated, “I met him in a club in London. I was celebrating the wrap of a movie I had done. I was dancing when a friend of mine from the movie’s set introduced us. My friend told me ‘he is Rohit Sharma’ but I really didn’t know as I don’t see cricket much. Anyway, we got talking to each other and soon moved over to a quieter place in the club. It went pretty quickly from there. He kissed me. It was pretty nice. After that, we danced together.”

She also went on to say that they started spending time quite frequently after that meeting.

Sofia elaborated, “We were two individuals enjoying each other’s company and intimacy. We spoke a lot about how fans react if you don’t play well. He was quite sensitive to reactions from fans directed towards not just himself but even me. He was quite protective. The media had got the whiff of us, because I think we were spotted in hotels and rooms. Someone must have tipped off the media. My manager spoke to me about all that was happening and I remember telling him that I didn’t want to go public because I wanted to respect the relationship.”

Rohit Sharma is currently married to Ritika Sajdeh. They tied the knot in 2015. The couple was recently blessed with a daughter.

Sofia’s claims caused a storm on social media as a lot of people started talking about it. Some over-enthusiastic fans even took the trouble to dig out Sofia’s 6-7 years old tweets, which she had made after allegedly breaking up with Rohit. The old tweets are highly scandalous in nature, and not just involves Rohit but also the Indian skipper, Virat Kohli. In one of her tweets from 2012, the controversial diva even suggested that she broke up with Rohit for Virat.

While in her 2012 tweets, the model is seen to have spoken quite negatively about Rohit, but in 2014, she had again dedicated her nude photoshoot to one of Rohit’s brilliant performance in the sport back then.

Here are some of the tweets: 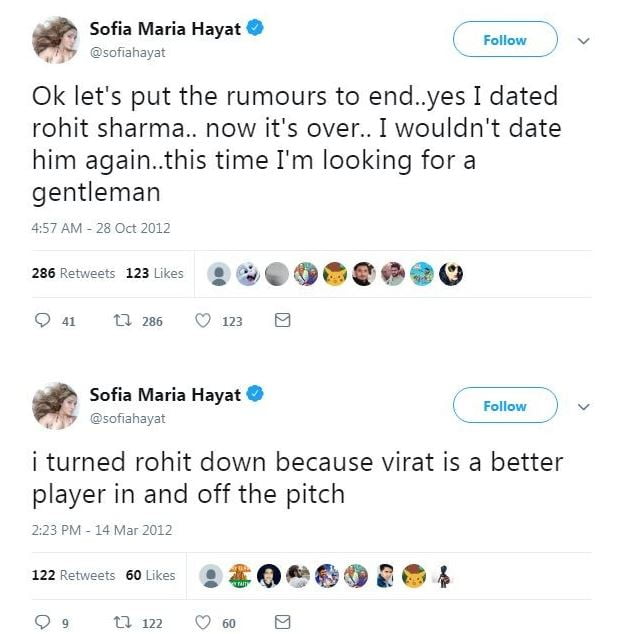 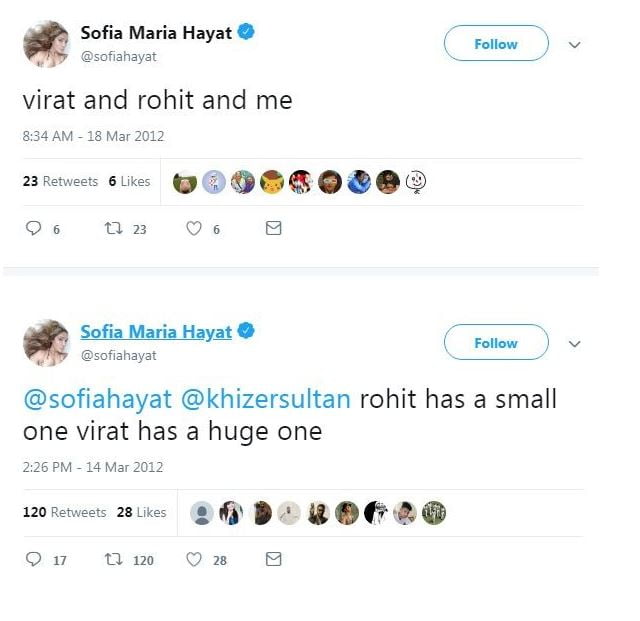 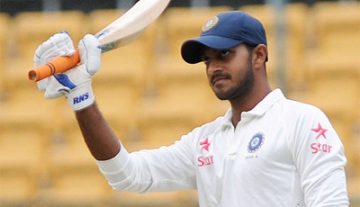